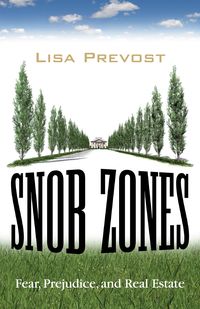 “For a housing market, it’s always healthy to have a range of housing so that people can move up the ladder,” she says. “I grew up in New Hampshire and I remember when the small towns did have the bank president living the same place where the farm laborers did. We have lost a lot of that through suburbanization and as we see the deepening inequities between incomes, I think that’s reinforced by some of this zoning.” [Listen]

Write up on Connecticut Magazine’s blog

In four of the six New England states (excluding Maine and New Hampshire), the recent national "housing bust" hasn't reduced home prices enough to make the median-priced home affordable for the average household. According to the National Association of Realtors, only 25 percent of Americans want a home on an oversized lot, yet that type of housing accounts for 43 percent of the supply in New England. [Read the rest]

The Point, on Cape Cod’s NPR station, did a segment on narrative non-fiction with their host, a local librarian, and the Cape Cod Times book editor. They mention both Snob Zones and Dirt Work starting around the 24 minute mark. [Listen] Which leads us to... 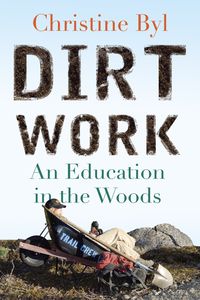 Dirt Work: An Education in the Woods by Christine Byl

In her book, Ms. Byl recalls long days of clearing brush, digging ditches, building bridges, cleaning up after forest fires, and blasting snow. She learned how to use such unfamiliar tools as crosscut saws, pulaskis, and chainsaws. She grew accustomed to dealing with the harsh living conditions and injuries that are part of the job.

And, frankly, she learned how to cope in the backcountry, miles from the nearest restroom. Yes, Ms. Byl is not afraid to talk about "dropping her pants in the woods."

Listen to Christine Byl on Alaska Public Radio’s Talk of Alaska talking about her tools, her life in the woods, wildlife, and more. Especially great to hear her reading her meditation on the lynx.

Take a quick look at what Christine carries in her backpack in this YouTube video:

Light Without Fire: The Making of America's First Muslim College by Scott Korb

Opportunity, Montana: Big Copper, Bad Water, and the Burial of an American Landscape by Brad Tyer

Review from the Billings Gazette: “an engaging, almost breathtaking bit of nonfiction.”

The Land Grabbers: The New Fight over Who Owns the Earth by Fred Pearce

The Most Expensive Game in Town: The Rising Cost of Youth Sports and the Toll on Today's Families by Mark Hyman

Dave Zirin heaps praise on Mark Hyman and The Most Expensive Game in Town on his blog for The Nation.

Hunting Season: A Story of Home, Immigration, and Murder by Mirta Ojito (November)

"An account that is as unflinching as it is important.  Both an incisive reconstruction of a heartbreaking murder and an unsparing diagnosis of a national malady  . . . with HUNTING SEASON Ojito has done truth an invaluable service. Extraordinary." —Junot Díaz, Pulitzer Prize winning author of The Brief Wondrous Life of Oscar Wao

Being Both: Embracing Two Religions in One Interfaith Family by Susan Katz Miller (October)

A moving, personal story that opens new dimensions of life in general and religious life in particular that rise out of an interfaith family. Susan Katz Miller writes with the passion of experience and with the integrity of being authentic. Its insights moved me deeply.”—John Shelby Spong, author of The Fourth Gospel: Tales of a Jewish Mystic