Home About Beacon Press
Mission Not Accomplished: Homophobic violence a sign of the ongoing battle for safety and equality
Beacon Buzz: Near Misses and Revolutionary Brides

Are you in New York for BookExpo America? Here's the low-down on how to connect with Beacon Press to meet our authors, get your hands on some galleys of upcoming books, and chat with Beacon publicists, editors, and other cool folks.

See below for more info on some of the authors and books we'll be featuring in Booth #2742.

For the second year, BookExpo America will open to the public for Power Reader Hours, Saturday, June 1st from 9am-1pm. Power Readers will have the chance to pick up copies of books at Beacon Presss booth #2742 that examine social issues such as interfaith cooperation, immigration reform, reproductive rights, and marriage equality. Come visit us and Read for Change!

Join us for a celebration of independent bookstores and sellers! Mingle with independent presses and their authors. Beacon authors in attendance include Mirta Ojito (Hunting Season, on sale 10/29/13), Scott Korb (Light without Fire), and Danielle Ofri, MD (What Doctors Feel). RSVP. Open bar until 11:00 pm. 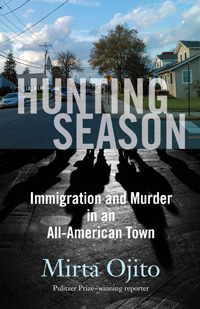 Mirta will be at the booth signing copies of Hunting Season starting at 10:30 am.

"An account that is as unflinching as it is important. Both an incisive reconstruction of a heartbreaking murder and an unsparing diagnosis of a national malady . . . with HUNTING SEASON Ojito has done truth an invaluable service. Extraordinary." —Junot Díaz, Pulitzer Prize winning author of The Brief Wondrous Life of Oscar Wao 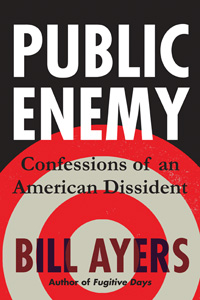 Labeled a "domestic terrorist" by the McCain campaign in 2008 and used by the radical right in an attempt to castigate Obama for "pallin' around with terrorists," Bill Ayers is in fact a dedicated teacher, father, and social justice advocate with a sharp memory and even sharper wit. Public Enemy tells his story from the moment he and his wife, Bernardine Dohrn, emerged from years on the run and rebuilt their lives as public figures, often celebrated for their community work and much hated by the radical right. In the face of defamation by conservative media, including a multimillion-dollar campaign aimed solely at demonizing Ayers, and in spite of frequent death threats, Bill and Bernardine stay true to their core beliefs in the power of protest, demonstration, and deep commitment. Ayers reveals how he has navigated the challenges and triumphs of this public life with steadfastness and a dash of good humor—from the red carpet at the Oscars, to prison vigils and airports (where he is often detained and where he finally "confesses" that he did write Dreams from My Father), and ultimately on the ground at Grant Park in 2008 and again in 2012. Lauren Slater’s rocky childhood left her cold to the idea of ever creating a family of her own, but a husband, two dogs, two children, and three houses later, she came around to the challenges, trials, and unexpected rewards of playing house. Boldly honest, these biographical pieces reveal Slater at her wittiest and most deeply personal. She describes her journey from fiercely independent young woman to wife and mother, all while coping with mental illness. She tells of a chemical fire that rekindled the flame in her ailing relationship with her husband; she reflects on her decision to have an abortion, and then later to have children despite suffering from severe depression; she examines sex, love, mastectomies, and how nannies can be intrusive while dogs become family. Beautifully written, often humorous, and always revealing, these stories scrutinize the complex questions surrounding family life, offering up sometimes uncomfortable truths.

See our website for an overview of our BEA 2013 schedule.

Peruse our Fall Catalog and stop by to tell us what you're excited about.