Home About Beacon Press
Beacon Buzz: How “Snob Zones” keep out affordable housing
Mission Not Accomplished: Homophobic violence a sign of the ongoing battle for safety and equality

Susan Katz Miller is a former Newsweek reporter and former US correspondent for New Scientist. She blogs on interfaith families for the Huffington Post and OnBeingBoth.com. She lives in the Washington, DC area with her husband and two interfaith teenagers. Her book, Being Both: Embracing Two Religions in One Interfaith Family, will be published by Beacon Press in October. This post originally appeared at her OnBeingBoth blog.

In a regular feature titled “Ask Interfaith Mom,” I plan to tackle your questions about raising interfaith kids. Here’s a great question from a comment on a recent post about interfaith grandparents: 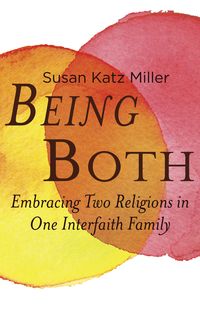 Question: In raising my son both, I realize his grandparents will not always like or support how we are bringing the two traditions together and I am interested in ways to present to them that they should always feel free to opt out of saying anything or doing anything they don’t really believe. Thanks for any guidance you have!

One of the most liberating aspects of choosing both family religions is that you give yourself permission to pass on to your children that which is meaningful to you, rather than a required system of beliefs and practices. And in making your own choices, you set a precedent that your children will have the right to opt into or out of any of these beliefs or practices.

Discussing this freedom with your parents (the grandparents) will help them to feel comfortable making their own choices about whether or not to participate in any ritual or prayer they might encounter when celebrating with your interfaith family. Ideally then, the idea that they have permission to participate, or not, would be integral and natural, and would not need to be announced in a formal manner.

But of course, it may take time for extended family members to reach this state of appreciation. Grandparents who have spent a lifetime in a “monofaith” environment, and who may still feel sadness over the fact that their grandchildren will not be raised exclusively in their own religion, cannot always be expected to jump into interfaith practice with enthusiasm. What I can tell you is that many who have started out reluctant or even upset over the idea of an interfaith upbringing, over time have come to appreciate the way extended interfaith families are able to share spiritual inspiration, religious history, and cultures.

However, everyone in an interfaith family (or for that matter, living in our religiously pluralistic society) is going to have moments, often when visiting a more traditional place of worship, when they may want to opt out of participating in a prayer or ritual. Let’s get to some challenging specifics: for instance, taking communion at church. In some churches, the ritual of taking communion becomes a public declaration around who has the right to participate. In such a setting, it would be important to reassure interfaith family members in advance (whether a grandparent, spouse, or interfaith child) that it is fine to remain seated in the pew, and not go up to take communion. Explain that even some Christians abstain from communion at certain times or in certain places, for their own personal reasons, or because not every Christian denomination invites all Christians from other denominations to participate. While those who choose not to take communion may feel like they are sticking out by staying seated, in theory no one should ask them why they remained in the pew.

When you design an interfaith family celebration, this is your opportunity to make the rituals and prayers as inclusive as possible. Ideally, such a celebration would be so welcoming that no one would feel the need to abstain. Sometimes, this means recasting a prayer or ritual to be more radically inclusive, and explicitly inviting all to participate. Personally, I have seen Jewish people (and even a rabbi) take communion at a super-progressive Christian service in which the communion ritual was presented as a metaphorical table where all share food and drink together, based on the Jewish rituals of blessing over bread and wine, regardless of religious institutional membership or beliefs.

To take another example from the other side of the aisle, the bris, or Jewish ritual circumcision for baby boys, can be difficult for non-Jewish family members. Honestly, it is difficult for many Jewish people too, some of whom now oppose circumcision and have designed baby-welcoming ceremonies that do not involve cutting. It’s important to share all the different viewpoints on this ritual with non-Jewish family. I do understand why some interfaith families choose to have a bris, and the deep meaning it has for some Jewish family members. But I don’t think anyone (Jewish or otherwise) should feel required to attend the ceremony. And it would be important to communicate this permission to participate, or not, to everyone in the extended family as early as possible to avoid misunderstandings. Both the new grandparents and their intermarried children must make an extra effort to empathize with each other at this vulnerable moment around birth: the new parents must try hard to accept and not resent family members who choose not to participate, and family must try hard to accept and not resent the choice of the new parents to honor (or conversely, to move away from) such an ancient ritual.

Sometimes, grandparents may surprise you with their willingness to participate, and cross theological boundaries. For instance, I was worried about how my Jewish father would react to hearing his interfaith grandchildren say a traditional Christian prayer such as the Lord’s Prayer in our interfaith community Gathering. To my surprise, I saw my father reciting the prayer along with his grandchildren, and discovered that he said this prayer in his public school classroom everyday, growing up in the 1930s. Since the prayer does not mention Jesus, my father did not even realize until much later that this is officially a Christian prayer. As an adult interfaith child who was raised Jewish, my own appreciation of the Lord’s Prayer is heightened by the knowledge that many scholars have pointed out the parallels between the language in the Lord’s Prayer and the Kaddish and other central Jewish prayers. So a moment I had anticipated as possibly problematic became an opportunity for interesting theological discussion with my parents.

Posted at 10:18 AM in American Society, Being Both, Religion, Susan Katz Miller | Permalink