Home About Beacon Press
Will CT Be the First State to Label GMOs?
Geoffrey Canada: Our failing schools. Enough is enough! Towns with strict zoning are the best towns, aren't they? They're all about preserving local "character," protecting the natural environment, and maintaining attractive neighborhoods. Right?

In this bold challenge to conventional wisdom, Lisa Prevost strips away the quaint façades of these desirable towns to reveal the uglier impulses behind their proud allegiance to local control. These eye-opening stories illustrate the outrageous lengths to which town leaders and affluent residents will go to prohibit housing that might attract the "wrong" sort of people. Prevost takes readers to a rural second-home community that is so restrictive that its celebrity residents may soon outnumber its children, to a struggling fishing village as it rises up against farmworker housing open to Latino immigrants, and to a northern lake community that brazenly deems itself out of bounds to apartment dwellers. From the blueberry barrens of Down East to the Gold Coast of Connecticut, these stories show how communities have seemingly cast aside the all-American credo of "opportunity for all" in favor of "I was here first." Snob Zones warns that this pattern of exclusion is unsustainable and raises thought-provoking questions about what it means to be a community in post-recession America.

Lisa Prevost is an award-winning journalist whose articles have appeared in the New York Times, Boston Globe Magazine, More, Ladies' Home Journal, and other publications. A native New Englander, she has lived and worked as a reporter in four of the six New England states. She lives in Fairfield, Connecticut.

Read the introduction at Scribd.

Listen to Lisa Prevost on the Marketplace Morning Report. 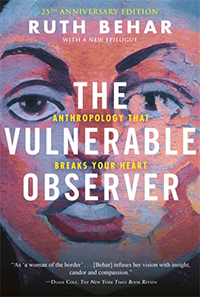