Home About Beacon Press
Read David Plante's American Ghosts for free!
What About the Children? Marriage Equality, SCOTUS, and Kids

Pride on the Prairie and in the City 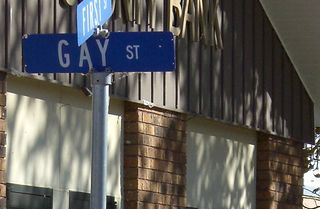 June. Pride Month. Cities are exploding with rainbow flags and pockets of celebration; the world seems utopian, fluid, full of non-judgment and unity. In days a parade will rumble through Minneapolis’s main thoroughfare and we will cheer for progress made with the recent vote for marriage equality in the state.

As this month’s Pride festivities unfold, I think of a tiny town in North Dakota of barely 200 people where I attended my most recent parade during a celebration called Uffda Day. The little town’s motto is, as it turned out, “Pride of the Prairie;” and the street I happened to be standing on for the parade is named “Gay Street.” The town seemed its own utopia of sorts—though not, to my knowledge, of the gay sort.

I stumbled upon this particular Pride of the Prairie town when I was on a “small town tour” that I had mapped for myself to visit several of the towns near where I had grown up. At the time I was in my native North Dakota to experience the unfolding of harvest, where the earth smells of corn and combine lights flicker on the horizon into the dark hours of the night. Something about harvest had always felt mystical to me; like a renewal; a resetting; a time of transition. And I wanted to experience this transition, in full, as an adult.

The Pride of the Prairie town, with a thriving general store and café, made it feel alive in a way different than its neighboring towns, which resembled the growing inventory of North Dakota ghost towns whose buildings are sunken, paint chipped, and vibrate with memories of times long past. The people I met in this town were generous, open, and welcoming. I was so enamored by my visit that I returned a few days later to experience the town’s yearly celebration, which is how I found myself at Uffda Day.

During Uffda Day the little town was bustling with people. Several buildings held craft displays; the VFW showcased a lefse station and an accordion player; the streets were crowded with antique tractors and horse drawn carts. As I wandered through the town, I was struck with nostalgia for the bi-annual “Crop Show” that took place in my own hometown. We were known as the “Corn Capital of North Dakota” and during the Crop Show the school transformed into a wonderland of adventure, or at least it seemed that way to my young mind. Candy flowed freely from agricultural-based exhibit booths; each classroom held an activity, including cakewalks, chili contests, photo displays, and 4-H craft exhibits; glass cases filled with pristine crops also lined all of the school hallways. The Crop Show, like Uffda Day, was a time to celebrate a shared place and identity with neighbors; much like, I now realize, Pride. 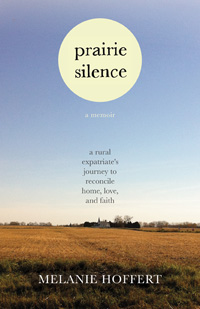 I found Gay Street in the Pride of the Prairie town during the Uffda Day parade; this discovery caused an ironic smile to spread across my face as it likely would anyone who is gay, from North Dakota, and home. I didn’t ask anyone about the origin of Gay Street because my inability to talk about being gay, while in North Dakota, had become a life-long practice that I didn’t yet know how to break. I feared that if I were to be honest, I would suddenly appear to people as a foreign entity in our shared rural world. Therefore, I roamed the land I loved feeling partial, sadly knowing that my inability to talk perpetuated the myth of my difference.

My fear of being out as a lesbian back home had often seemed to me a leftover childhood insecurity, borderline ridiculous even. Then, last February, the North Dakota legislature rejected an anti-discrimination bill that would have made it illegal to discriminate based on sexual orientation in the workplace, housing, and government; this means that in my beloved home state, you can be fired for being gay.

My fear of rejection suddenly seemed not so ridiculous.

In a twist of coincidence, during the time this bill was brewing, my memoir, Prairie Silence, was published. The book is, in part, about the challenge I had being open about my life when I returned home. I had written for years out of a love of writing, and I didn’t quite think through how I might feel upon publication, when my secret would obviously no longer be under wraps. And so during what should have been the pinnacle of joy in a writer’s life—the publication of one’s first book—I sunk into a state of miserable anticipation, awaiting my home state’s reaction. I even joked to some about how I wished I would have written a preface thanking people for buying the book, but asking those who lived in the zip code of 58081 to please not turn another page and, instead, to give the book away.

While I writhed in a state of dueling excitement and misery, I started to hear from my classmates, old neighbors and friends, and even my elementary principal; I heard from pastors and state senators; I heard from people with connections to North Dakota and other rural places. With each email, or Facebook post, or phone call, I took a breath and braced myself for the inevitable rejection—but it didn’t come.

Rather than ostracize me, people wrote about their own experiences. They shared with me their personal thoughts about the push and pull of home; they talked about their challenges in revealing secret parts of themselves to the people they loved; they offered their opinions about changes in rural areas; and they reflected upon their journeys of evolution around issues of identity and faith. I also heard from LGBTQ people who live in rural areas, some who even live close to my hometown; their stories conveyed challenges, but mostly acceptance. With each story I felt increasingly connected to people through our shared fears, struggles, and journeys. By the time I finally did hear that a handful of anti-gay people had complained to a local paper that ran an article about my book, I was largely unscathed; I had been fortified by the gift of other people’s stories, gay and straight alike. I knew I was not alone in my search for belonging and self-acceptance.

As I experience this year’s Pride celebration in Minneapolis, I want to imagine a time when Uffda Days, and Crop Shows, and Pride parades will overlap; when Norwegian accordion players, and crafters, and antique tractor collectors, and drag queens, and young gay families, and dykes on bikes, and champion corn growers, and quilters, and chili cook-off winners will join in a celebration of shared humanity. Sometimes this blending of utopian worlds feels close, and sometimes it feels far away; but I do believe that someday, perhaps sooner than I think, I will be able to stand on Gay Street in that North Dakota town with a new and amazing sense of what pride of the prairie can truly mean.

Melanie Hoffert grew up on a farm near Wyndmere, North Dakota, where she spent her childhood wandering gravel roads and listening to farmers at church potlucks. Her work has been published in several literary journals, and she holds an MFA in creative writing from Hamline University. Melanie lives in Minneapolis and works for Teach For America. Learn more about her work at melaniehoffert.com.