This is the sixth episode in a series of interviews with Michael Bronski about A Queer History of the United States, a 2012 Lambda Literary Award winner for LGBT Nonfiction. The interviews were conducted by Richard Voos.

Get A Queer History of the United States or any of Beacon's other LGBT titles for 25% off the list price during the month of June, a.k.a. PRIDE MONTH. Use the code PRIDE at checkout. Read more at Beacon.org. 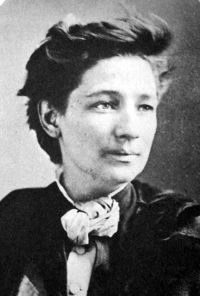 “Yes, I am a Free Lover. I have an inalienable, constitutional and natural right to love whom I may, to love as long or as short a period as I can; to change that love every day if I please, and with that right neither you nor any law you can frame have any right to interfere. And I have the further right to demand a free and unrestricted exercise of that right, and it is your duty not only to accord it, but as a community, to see I am protected in it. I trust that I am fully understood, for I mean just that, and nothing else.”
Victoria Woodhull, "And the truth shall make you free," a speech on the principles of social freedom, 1871

“I think we have wronged the South, though we did not mean to do so. The reason was, in part, that we had irreparably wronged ourselves by putting no safeguard on the ballot-box at the North that would sift out alien illiterates. They rule our cities today; the saloon is their palace, and the toddy stick their sceptre. It is not fair that they should vote, nor is it fair that a plantation negro, who can neither read nor write, whose ideas are bounded by the fence of his own field and the price of his own mule, should be entrusted with the ballot. . . . The Anglo-Saxon race will never submit to be dominated by the negro so long as his altitude reaches no higher than the personal liberty of the saloon.”
Frances Willard, the New York Voice, October 23, 1890

Listen to A Queer History of the United States: The Persecuting Society with Michael Bronski

Richard Voos: One of the themes of Queer History is the conflict between two political and cultural movements throughout America's history. On the one hand what you describe in different periods of American history as the “persecuting society”—the social purity movement—in the civil rights movements, in contrast to advocates for religious freedom, labor, and women's rights organizers and the gay liberation movement. Let's start with the idea of the “persecuting society,” Michael. What is that?

Michael Bronski: This is a phrase that, as far as I can tell, was invented by a British scholar, R. I. Moore. He wrote a great book about the persecuting society in which he speculates that in the Late Middle Ages, European culture was diverse enough and falling apart enough that, as a mechanism to maintain social stability, those people in power—the clergy and the aristocracy—began to single out distinct groups of people to be persecuted. So by persecuting these distinct groups of people, and I'll name them in a second, the society actually became more stable. By the exclusion of some people, more specifically some groups of people, what we might call “the mainstream society” became much more solid. 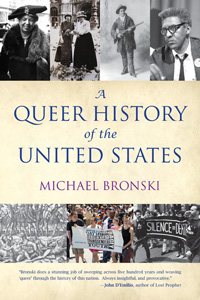 The first groups that were targeted for persecution were lepers, heretics, witches, and sodomites. So these are four very distinct groups, often related to appearance or behavior: Lepers obviously had leprosy; sodomites were accused of committing sexual sins. It’s interesting to note that at that point “sodomy” did not just mean, as we think of it today, same-sex behavior but a whole range of sexual misbehaviors under Canon Law. And “witches” singled out almost entirely women and heretics who were going against some Church doctrine. So the connections here are actually quite clear: lepers probably—we know today this is not true—probably had leprosy because they had committed some “sin.” Under Canon Law witchcraft was a sin, as was heresy, as was sodomy. So there is a clear theological bent with all of this here. As Western societies and Western civilizations progressed, these groups were modified; we now have a much better attitude about people with leprosy, although I must say it’s only in the last hundred years that we stopped putting people in leper colonies. But the notion that you create and maintain a general society by the exclusion of other people is still with us today.

RV: You cite an example, Michael, early on in American history and it's one of the mythologies of American history, when the Puritans expel Anne Hutchinson. Some of the accusations made against her and her followers are sexual. Not only are they religious heretics; they're accused of sexual behavior that contravenes the Puritan ideal.

MB: We see that with Anne Hutchinson, we see it with the Quakers. And the Puritans, the Quakers—actually there were nine Quakers that were executed on Boston Common. The Quakers are an interesting case because Quakerism at its core not only attacked the theology of the Anglican Church but also the social mores and the gender mores of the time. Quaker men were forbidden to carry guns, a clear sign of manliness in that society. Quaker women were allowed to speak during meetings, a clear deviation from “women should be silent within Church.” So from the very beginnings (in England), Quakerism—the Society of Friends—violated not only theology but gender norms as well. When the Quakers were in America, the same charges were also used against them there, too.

RV: We see at the end of the nineteenth century, with the social purity movement, actual, explicit—and as we heard earlier with the reading from Frances Willard—an extremely explicit connection between social control and stability, and the sexual and the racial.

MB: I think that the tension here goes back to R.I. Moore's notion of the persecuting society, which he admits changes over time. But the tension here is really between those who want to control society—who want to shape society to fit their own theological, moral, social norms—and another group of people. Emma Goldman is a good example, being an anarchist who would like to have less state control, less mainstream cultural control over what’s going on. So when we get to the mid- to late-nineteenth century and the social purity movements we find a terrific reformer like Frances Willard—who is for suffrage, who is for lots of educational change, who is actually for lots of reform within the workplace—being pretty explicit in her racism, and called on it by Ida B. Wells. So that even in a progressive movement we have someone like Frances Willard who needs to use the very concept of a persecuting society to reaffirm what we would all agree would be generally pretty good ideas, except she's actually using African-Americans as her foil.

RV: Some of the ways that that conflict and contrast plays out at the end of the last century are almost bewildering to us today, or laughable, and I'm thinking about Graham Crackers, for example. Describe for us the invention of Graham Crackers and the purpose, and a little bit more about Kellogg and Post. When we think of breakfast cereal… they were thinking of something very different. 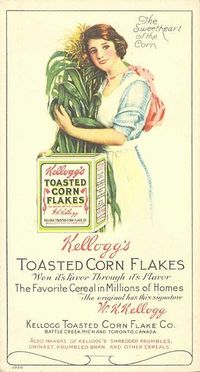 I think if you look at American history, and again this is mirrored, to some degree in European history as well at the same time, one of the clearest ways of seeing this divide—and its a divide that's highlighted by the social purity movement—is to look at the divide between the American anarchist movement and even homegrown freethinkers and atheists such as Victoria Woodhull as well. People who are advocating a complete absence or at least the diminishment, the great diminishment, of state control over people's lives. So these people, let’s look at Goldman and at Woodhull, are looking to reform people's lives, to make people's lives better to, make people more free, and they're doing this by essentially eliminating state control over people's activities. At the same time we have the social purity movement, people who firmly believe they want to make a better society and who in many ways make considerable and very significant changes within society that makes it better for people. And their way of doing this is to actually reform society, making society a better place for people but also by controlling people's behaviors as well.

Part of the social purity movement was the temperance movement, which was to get people to stop drinking and then to ban liquor. We see this same tension as time goes on between, let's say the African-American civil rights movement—a movement that’s done spectacularly fine things to make American society better—but through reforming rather than through eliminating state control. If we want to compare, this is not an exact comparison, but we could compare Victoria Woodhull to Frances Willard and later on we might compare Malcolm X, who is looking for complete freedom from white society, essentially eliminating white society in his life, to Dr. Martin Luther King, who wants to reform mainstream white society, to make it better for everyone. This is a Queer History of America and I think this tension is quite a queer tension in terms of freedom versus control. We see the gay liberation movement in 1969 quickly evolving into the gay rights movement. So the gay liberation movement, in the tradition of Goldman and to some degree Malcom X, wanting to have complete freedom from the state and from social controls, versus the gay rights movement, which actually wants to reform society, to make it better for lesbians and for gay men.

RV: It seems to me this plays out in the culture wars of the last 20 years also, some of the same tensions but in different ways.

MB: I think that when we look at the culture wars—and I think its useful to see the culture wars as coming in waves that are slightly different than each other as time goes on—we see certain ironies. I think one irony of the culture wars of the 70's and 80's involving the federal funding of gay and lesbian material through the arts, we see a predicament in which a reformist movement, the gay rights movement, which has granted the state with quite a bit of authority, is now faced with the fact that the state has so much authority that they're actually willing to try to wipe out even the gay rights movement and any representations of lesbians and gay men. I think our more current cultural crises—cultural wars—involve, lets say the fights about same-sex marriage in which we have a very clear notion of the gay rights movement as a reformist movement wanting to support the state in the broadest way possible, to acknowledge gay and lesbian relationships. This seemed very radical, and is indeed radical, in our current political setting but goes back to the early reform movements where monogamous marriage was praised above everything else, and is quite at odds with the sentiments of Emma Goldman or Victoria Woodhull.

Posted at 11:08 AM in A Queer History of the United States, History, Michael Bronski, Queer Perspectives | Permalink