Home About Beacon Press
What Doctors Feel: How Emotions Affect the Practice of Medicine
Queer History: The "Persecuting Society"

The Ethics of Historical Outing 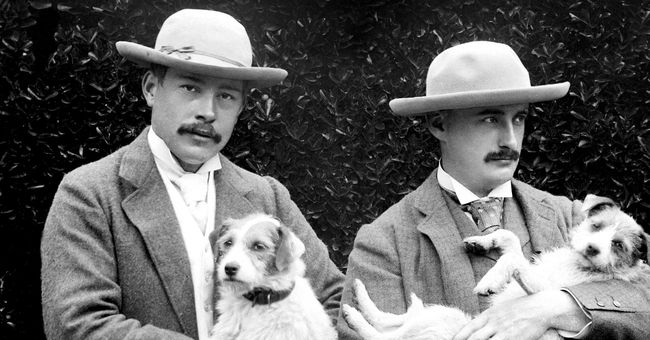 For the last few months, I’ve been spending a good deal of my time and energy promoting my book, which was released in May 2012, titled Outlaw Marriages: The Hidden Histories of Fifteen Extraordinary Same-Sex Couples. In the book, I provide mini-biographies of selected high-profile couples from the past. I call the relationships that these couples created “outlaw marriages” because they existed long before same-sex couples in this country were legally allowed to marry. 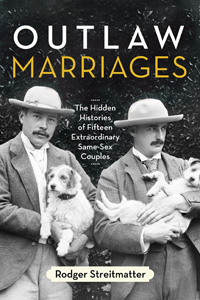 I’ve given any number of interviews and also have talked about the book during several events at bookstores and book fairs. One question that several interviewers and people at the readings have asked is a variation of: “Isn’t it unethical for you to expose these people as being gay when many of them concealed their sexuality and their relationship when they were alive?”

It’s a valid question, as well as one that I’ve thought quite a bit about. As an example of such a couple who hid their relationship, I’ll point to Martha Carey Thomas and Mamie Gwinn.

Thomas is well known among education historians because, in 1885, she created the first graduate program in this country that accepted female students. She took that highly progressive step, for the time, while she was serving as dean of the faculty at the newly created Bryn Mawr College.

In Outlaw Marriages, I describe how Thomas pulled off that feat, but most of the chapter documents her and Gwinn’s 26-year personal relationship. The two women first lived together in Germany, where Thomas earned her doctorate. And then they continued their outlaw marriage for another 22 years while living in an on-campus residence provided for Thomas while she was dean of the faculty and then president at Bryn Mawr.

Neither Thomas nor Gwinn, during her lifetime, ever spoke publicly about being a lesbian. And so, the question could be asked: Was it ethically justified for me to “out” them?

Yes, I think it was.

(Before I continue, I need to say that I don’t deserve all the credit for conducting the research that revealed Thomas and Gwinn’s lengthy relationship. One person who did much of the heavy lifting in that effort was a scholar named Helen Lefkowitz Horowitz. In 1994, she published a book titled The Power and Passion of M. Carey Thomas, released by the University of Illinois Press, that unambiguously stated that the subject of the biography was a lesbian.) 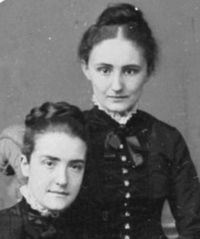 As to why I was on solid ethical ground in discussing Thomas and Gwinn’s sexuality, even though both women kept the details to themselves while they were alive, I see two reasons.

First, American society is in a very different place regarding homosexuality today than it was when Thomas and Gwinn were alive. At that time, it was against the law for two women or two men to engage in sexual activity, and they likely would have been imprisoned if their relationship had become public.

What’s more, if their outlaw marriage had become widely known, that would have done serious damage to both women’s careers. Members of the Bryn Mawr College Board of Trustees wouldn’t have appointed Thomas dean of the faculty or, later, president if they’d known she was a lesbian. Nor would they have allowed Gwinn to serve on the faculty of the English Department, which she did.

But that’s simply not the case today. Openly gay or lesbian educators are presidents of American colleges and universities, while others serve in the U.S. Congress, plus any number of celebrities who have come out as either lesbian or gay—people such as Ellen DeGeneres and Wanda Sykes, Neil Patrick Harris and Anderson Cooper—are enjoying highly successful careers.

So I believe a strong case can be made that if Martha Carey Thomas and Mamie Gwinn were alive today, they’d both be open about their sexuality. These women obviously were progressive in their thinking, as they pursued professional careers when the vast majority of American women were limiting their lives to the four walls of the home.

Based on statements that I found in letters that Thomas wrote to her mother, I also believe she would have been more than happy to tell the world about her intimate relationship with Gwinn. In 1880, Thomas told her mother, in a letter the young woman wrote from Germany, “If it were only possible for women to elect women as well as men for a ‘life’s love,’ I would do so with Mamie in a minute.” Thomas repeated the same thought two years later, this time writing that her “fondest dream” was that “Mamie and I could go through the marriage ceremony together.” Likewise, Gwinn often referred to herself, in letters she wrote, as being Thomas’s “wife.”

The second of the two reasons why I believe I’m fully justified in publishing a book that discusses the sexuality of gay men and lesbians from the past has to do with my readers.

Casting all modesty aside, I believe my book and other works about high-achieving gay people have enormous benefit for members of today’s LGBT community. People who are stigmatized because of their sexuality—and, yes, despite the advances that have been made, gay people still carry a stigma in the minds of many people—are looking for examples of widely respected individuals who share their sexual orientation.

Young gay or questioning teenagers, in particular, are eager to learn about successful members of the LGBT community.

Indeed, the couples who come to life in Outlaw Marriages, I believe, are particularly attractive subjects for lesbian and gay youths to read about because they’re what I might call “two-fers.” That is, the individuals in the book not only made major contributions in their individual fields—such as Jane Addams in social reform, Elsie de Wolfe in interior design, and Ismail Merchant and James Ivory in filmmaking—but also triumphed by sharing their lives with another lesbian or gay man for many years—Addams and Mary Rozet Smith were together for 43 years, de Wolfe and Bessie Marbury were a couple for 41 years, and Merchant and Ivory were together for 44 years.

Rodger Streitmatter, a former newspaper reporter, is a member of the School of Communication faculty at American University. He lives in Washington, D.C., with his husband, Tom Grooms. He is the author of Outlaw Marriages: The Hidden Histories of Fifteen Extraordinary Same-Sex Couples.