Home About Beacon Press
Cool as a Cucumber, But Do We Need to Be?
Robert Moses and the Algebra Project

Reza Aslan and Jessica Jackley: Islam and Christianity in an Interfaith Family

Susan Katz Miller is both an interfaith child and an interfaith parent. She is the author of Being Both: Embracing Two Religions in One Interfaith Family, which will be published by Beacon Press in September.

This post originally appeared at her blog, On Being Both. 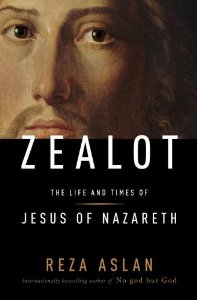 Reza Aslan’s newest book, Zealot: The Life and Times of Jesus of Nazareth, had already reached the bestseller list when a video clip of the author went viral this week. The religion scholar appeared on Fox news to explain his latest work, but the host repeatedly and outrageously questioned why a Muslim would be writing a book about Jesus.

Aslan–the acclaimed author of No god but God: The Origins, Evolution and Future of Islam–demonstrated extraordinary grace and patience on the show, explaining over and over that religion scholars write as academics, not as adherents. Buzzfeed asked if this was “The Most Embarrassing Interview that Fox News Has Ever Done?” Meanwhile, in the course of the interview, Aslan mentioned that his wife and mother are both Christians.

As it happens, I tell the story of this high-profile interfaith family in my book Being Both: Embracing Two Religions in One Interfaith Family. About a year ago, Aslan tweeted: “I’m in a blissful interfaith marriage with my Christian wife. We are raising our children to respect all faiths and choose 1 for themselves.” When I read that tweet, I contacted him, and he and his wife agreed to be interviewed for my book chapter entitled “Muslims, Hindus, Buddhists: The Next Interfaith Wave.”

Aslan’s wife Jessica Jackley is prominent in her own field, as the co-founder of Kiva, the pioneering microfinance non-profit. But Aslan’s engagement with Christianity did not begin with marriage. In Being Both, he describes his own journey as the child of a family of Iranian refugees who were “cultural Muslims,” to a period of evangelical Christian zeal beginning in high school (during which he converted his own mother to Christianity), to rediscovery of Islam while a student of religions. 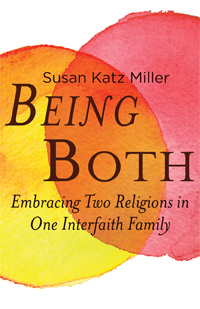 One of my themes is how being part of an interfaith family can inspire deeper understanding of one’s own religion(s), in the religion of a partner, and ultimately in the religions of the world. In describing their courtship and marriage, Jackley, who comes from an evangelical Christian family, told me, “He knows the Bible better than I do. He’s writing a book right now on Jesus. He understood my life better than most Christians.” That book eventually became Zealot.

Aslan and Jackley are now raising their twin sons with the values shared by both family religions, and with stories from diverse traditions. “What we’re going to teach our kids is the values, the beliefs, the activism, the worldview,” Aslan told me. “And when it comes to the stories, we’ll give them all of them.”

Being Both includes more on the marriage of Aslan and Jackley, the reaction of their interfaith families, and how they are raising their sons. They are two, perhaps the most prominent two, out of the hundreds of people who entrusted me with their interfaith family stories. Aslan, who received an advanced copy, calls the book, “A gorgeous and inspiring testament to the power of love to not only transcend the divides of faith and tradition, but to bring faiths together and create wholly new traditions.”

Posted at 12:06 PM in Being Both, Religion, Susan Katz Miller | Permalink