Home About Beacon Press
Beacon Books at Audible: All Souls: A Family Story from Southie
Farewell from our blog editor, and an invitation to join our team

Mark Winne is the author of Closing the Food Gap: Resetting the Table in the Land of Plenty and Food Rebels, Guerilla Gardeners, and Smart Cookin’ Mamas: Fighting Back in an Age of Industrial Agriculture. From 1979 to 2003, Winne was the Executive Director of the Hartford Food System, a private non-profit agency that works on food and hunger issues in the Hartford, Connecticut area. He currently writes, speaks, and consults extensively on community food system topics including hunger and food insecurity, local and regional agriculture, community food assessment, and food policy. He also does policy communication and food policy council work for the Community Food Security Coalition. Visit his website at markwinne.com. 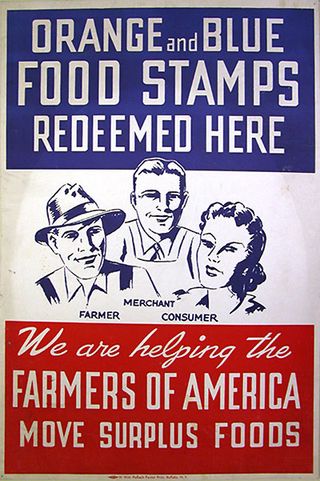 At the risk of being labeled a Tea Party toady or right-leaning deviationist, I have to ask if the severing of the Supplemental Nutrition Assistance Program (SNAP, formerly known as food stamps) from the Farm Bill by the Republican House Majority isn’t an opportunity worth taking advantage of. And in the same breath, I have to ask if the lockstep resistance to that move and piling on of liberal vituperation isn’t yet more evidence that the left-leaning social policy machine is running on empty.

Federal spending on the food stamp program has been pushing north of $70 billion a year. It has been justifiably credited with keeping many people’s heads above water during the Great Recession while modestly stimulating local economies. Representing some 70 percent of the current Farm Bill– the rest being divvied up between the much reviled agricultural commodity programs and the much beloved conservation and sustainable farming programs– food stamp support has allegedly relied on an unholy alliance of sorts between Big Agriculture and anti-hunger advocates. “I’ll support billions in agricultural subsidies if you support tens of billions in SNAP benefits. That way we can eat our food stamps and high fructose corn syrup too!”

By tearing asunder that which unlikely partners hath joined together, House Majority Leader Eric Cantor put a lot of federal spending in play for the government downsizing Neanderthals. As Emerson once noted, “There is always a certain meanness in the argument of conservatives,” and what can be meaner than taking food away from hungry children? Though doing marginally little to pull the current 50 million food stamp recipients out of poverty, the program is one of the few tools that government has to mitigate it worst effects.

That being said, one can’t help but ask if we didn’t see this dramatic House action coming. After all, food stamps have been under siege for years, even before their association with President Reagan’s nefarious welfare queen remark. Getting their start in a somewhat different form during the Great Depression (not Recession), and codified in its present form as the first executive order of President Kennedy, food stamps and the food benefits they bestow reflect two sides of the American character. Being as compassionate as any people, we simply don’t have the heart to let anyone starve to death. But being up-by-the-bootstraps individualists, Americans generally blame the poor for being poor and don’t trust them to spend the taxpayer’s largesse wisely. Hence food stamps can only be spent on food, and not any other of life’s necessities. 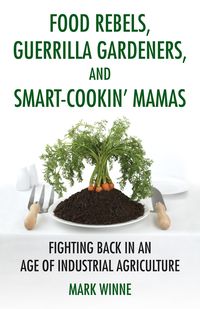 But even then the hapless food stamp user must run a gauntlet of consumer scorn. The smug conservative shopper will ask aloud why “those people” are buying filet mignon with their food stamps, while righteous foodies ask why “they” are allowed to buy Coca-Cola, Twinkies, and host of other highly disparaged processed food products.

Being a food stamp recipient isn’t for sissies. Not only do you wear a bull’s eye on your back for every cost-cutting politician to take aim at, your purchases are relentlessly scrutinized and the subject of a never ending public critique. You endure derision from every quarter all for the princely sum of about $5 a day.

Whether we have more food stamp spending or less begs the question of why such a major act of social policy that nobody, including the recipients, seems to like, continues unreformed and unevaluated.  With a national poverty rate locked at 15 percent and a near-poverty rate bringing the combined numbers to well over 30 percent, food stamps provide some relief but no solutions. With overweight and obesity affecting 65 percent of the population and eclipsing hunger as America’s number one diet-related health problem, food stamps do little to encourage healthy eating and less to discourage unhealthy eating. And with high unemployment, low wage jobs, and few prospects for growth— other than big box stores and casinos— leaving the economy stuck in neutral, the $70 billion in federally generated buying power helps Kraft Foods (food stamps are 1/6 of its sales), but nearly nothing to infuse local economies with new energy.

But the anti-hunger orthodoxy that SNAP is a vital part of the nation’s safety net and must never be altered goes unchallenged. Whenever an innovation is proposed, e.g. Mayor Bloomberg’s request to prohibit the use of food stamps to purchase sugary soft drinks, the program’s pit bull defenders bare their teeth threatening to rip the limbs off heretics who might modify even one of SNAP’s holy sacraments. It may be that they are in bed with Wal-Mart and others who have tragically dumbed-down American wages and whose workers are subsidized by the food stamp program, or it may be that they are riveted to the notion that they are all that stand between a modicum of food sufficiency and mass starvation. Either way, the tenaciousness of their enterprise, which opposes food stamp change at any cost, is only matched by an equally fervent brand of conservatism embodied by the Tea Party. The result: A program now more than 50 years old remains largely unchanged even though the nation that it helps feed has changed in myriad ways.

Imagine a corporation or major private institution that did not conduct research and development, kept the same product line for generations, and never engaged in strategic thinking. That enterprise would be out of business (or subsidized by the federal government). While a nation’s social policy is albeit more complicated and subject to a host of conflicting winds, it cannot go unexamined by those who genuinely care about people and their communities. Anti-hunger advocates will say that any meaningful examination of the food stamp program opens a Pandora’s Box that allows Tea Party-ites to wield their machetes, but that process is underway already; better to get out front with new ideas and positive energy.

Both history and biology amply demonstrate that change is inevitable, and that those who resist the need to adapt and reinvent in the face of new exigencies are eventually subject to denigration, decay, and decomposition. While we cannot realistically count on the Republicans (though I think exceptions do exist) to enthusiastically embrace a food stamp reformation that places poverty reduction, nutritional health, and sustainable agriculture above basic caloric intake, we might expect more from food stamps’ stalwart defenders as well as progressive forces within the food movement.

The time to re-think food stamps is upon us. If the best and most compassionate don’t do it, if we don’t find a way to build a model 21st century social program around the bones of an aging 20th century program, food stamps will become nothing more than carrion for circling vultures.

Image from the Collection of the National Agricultural Library.