Our annual holiday sale is now on! Get 20% off your entire purchase at www.beacon.org. Simply use code GIFT20 at checkout to receive your discount. Orders over $50 will also receive a King Legacy Series canvas tote bag! And, as always, we offer free standard shipping on all orders.

In addition, 15% from the sale of every book you buy will be donated to First Literacy who works to to create a fully literate society. As part of our mission, Beacon promotes the importance of literature—and therefore a literate society—in democratic life.

Below, you'll see some recommended reading for every type of reader. And, if you need additional recommendations, visit our holiday gift guide or ask us at marketing@beacon.org.

For aspiring poets and writers


For All of Us, One Today: An Inaugural Poet's Journey by Richard Blanco 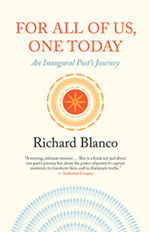 In this fluid, poetic memoir anchored by his experiences as the inaugural poet in 2013, Richard Blanco shares for the first time his journey as a Latino immigrant and openly gay man discovering a new, emotional understanding of what it means to be an American. He reveals the inspiration and challenges behind the creation of the inaugural poem, "One Today," as well as two other poems commissioned for the occasion ("Mother Country" and "What We Know of Country"), published here for the first time ever alongside translations of all three of those poems into his native Spanish. Like the inaugural poem itself, For All of Us, One Today speaks to what makes this country and its people great, marking a historic moment of hope and promise in our evolving American landscape.

For the mom or dad at the end of their rope


Playing House: Notes of a Reluctant Mother by Lauren Slater 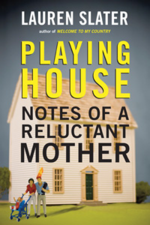 Lauren Slater's rocky childhood left her cold to the idea of ever creating a family of her own, but a husband, two dogs, two children, and three houses later, she came around to the challenges, trials, and unexpected rewards of playing house. In these autobiographical pieces, Slater presents snapshots of domestic life, populating them with the gritty details and jarring realities of sharing home, life, and body in the curious institution called "family." She asks difficult questions and probes unsettling truths about sex, love, and parenting. Beautifully written, often humorous, and always revealing, these stories scrutinize the complex questions surrounding family life, offering up sometimes uncomfortable truths.

Why Do Bluebirds Hate Me?: More Answers to Common and Not-So-Common Questions about Birds and Birding by Mike O'Connor 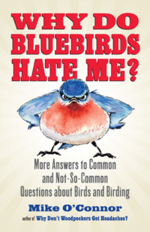 Mike O'Connor knows bird watchers as well as he knows birds. He knows that if you're even slightly interested in identifying birds or attracting them to your backyard with a feeder, then you've also had your share of strange and silly questions about birds and their sometimes inexplicable behavior. In Why Do Bluebirds Hate Me?, O'Connor applies his deep knowledge of all things avian to answer the questions that keep birders up at night. Questions like: Should you clean your birdhouses? Do swallows have a feather fetish? How much does it cost to run a heated birdbath? Is drinking coffee bad for birds? Other questions O'Connor covers range from the practical (Should I rotate the seed in my feeder?) to the quirky (Why are vultures eating my vinyl screen door?) to the just plain adorable (Are those birds kissing or feeding each other?). And he also explains why bluebirds just don't seem to like some people.


The Rebellious Life of Mrs. Rosa Parks by Jeanne Theoharis 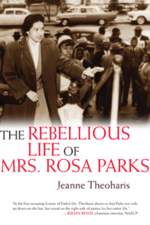 When Rosa Parks died in October 2005, she became the first woman and second African American to lie in honor at the nation's capital. Yet much of the memorialization reduced her historical contribution to a single act on a bus on a long-ago December evening. In this revealing and comprehensive biography-the first critical treatment of Parks's life-historian Jeanne Theoharis shows that the standard portrayal of Rosa Parks as a quiet and demure accidental actor is far from true. In The Rebellious Life of Mrs. Rosa Parks, Theoharis masterfully details the political depth of a national heroine who dedicated her life to fighting American inequality and, in the process, resurrects an inspiring civil rights movement radical who has been hidden in plain sight far too long. 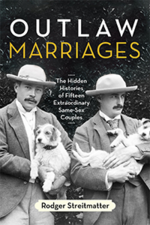 Before gay marriage became a hot-button political issue, same-sex unions flourished in America. Pairs of men and pairs of women joined together in committed unions, standing by each other “for richer for poorer, in sickness and in health” for periods of thirty or forty—sometimes as many as fifty—years. In Outlaw Marriages, cultural historian Rodger Streitmatter reveals how some of these unions didn’t merely improve the quality of life for the two people involved but also enriched the American culture. Among the high-profile couples whose lives and loves are illuminated are Nobel Peace Prize winner Jane Addams and Mary Rozet Smith, literary icon Gertrude Stein and Alice B. Toklas, author James Baldwin and Lucien Happersberger, and artists Jasper Johns and Robert Rauschenberg.

For dissenters, occupiers, and activists


Public Enemy: Confessions of an American Dissident by Bill Ayers 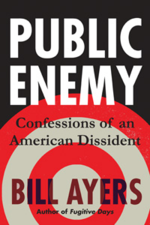 In the heat of the 2008 presidential election, Barack Obama's opponents were spinning a chilling narrative that cast him as an enigmatic figure with a group of shadowy associates, including a Black Nationalist preacher, a Palestinian professor, and an "unrepentant domestic terrorist." That imagined terrorist was Bill Ayers, a one-time leader of the Weather Underground. The McCain campaign spent millions of dollars demonizing Ayers specifically and castigating Senator Obama for, in Sarah Palin's deathless phrase, "pallin' around with terrorists." That wasn't the first time Ayers found his face plastered all over the media under the label "terrorist." Over the years, at the hands of the radical Right, Bill Ayers has become a household name and a public enemy. In reality, Ayers is a dedicated teacher, father, and social justice advocate, and his "shady past" is actually the story of an ardent antiwar activist.

Our annual holiday sale is now on! Get 20% off your entire purchase at www.beacon.org. Simply use code GIFT20 at checkout to receive your discount. Orders over $50 will also receive a King Legacy Series canvas tote bag! And, as always, we offer free standard shipping on all orders.

In addition, 15% from the sale of every book you buy will be donated to First Literacy who works to to create a fully literate society. As part of our mission, Beacon promotes the importance of literature—and therefore a literate society—in democratic life.