Home About Beacon Press
Happy Holidays from Beacon Press!
Dasani, the Lost Generation, and the Hidden Side of Poverty 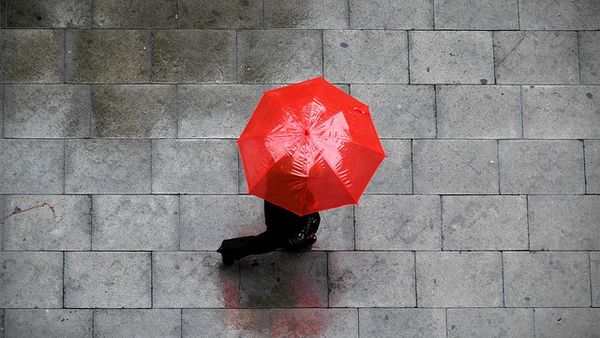 You might see a lot of red umbrellas today. Not because it's raining or snowing; it may even be bright, sunny and warm where you are. But whatever the weather on this December 17th, people will be carrying red umbrellas to honor and remember the many victims of violence against sex workers.

Jasmine and Dora are two of those who will be remembered. I met Jasmine last year at the International AIDS Conference in Washington, D.C. A petite, Swedish blonde woman, it was her first trip abroad as an activist with Rose Alliance, Sweden's sex worker advocacy organization. The mother of two children, Jasmine's work in the sex industry was used by her ex-husband to have her declared an unfit parent on the grounds that "she lacked insight and didn’t realise sex work was a form of self-harm." She fought back and after four trials, was finally allowed to see her children again. Outside of court, the father of her children harassed and stalked her while the police did nothing. On July 11th this year, he killed her.

Two days earlier, Dora Őzer, a transwoman and sex worker in Kusadasi, Turkey, was killed by a client. She was one of thirty-one transwomen murdered in that country since 2008, the highest among the Council of European nations, but Kemal Ordek, chair of Red Umbrella Sexual Health and Human Rights Association, suspects that far more have been murdered but remain unreported.

Jasmine and Dora are only two of the many victims who will be remembered around the world today at events organized by sex worker activists and allies. In some cities, there will be public protests; in others, people will gather in private for fear of harassment even arrest. At these commemorations, the names of 95 people who died in the last year will be read aloud. Some don't have a name; all we have is a date, a place and an approximate age. “Unknown,” age 22, died in Redford Township, Michigan, in November. Three times this year in Baghdad, gunmen attacked local brothels killing at least twenty-one unnamed people. In some cases, we know who killed them: Ivanice “Ivy” Harris, age 29, murdered by a US Marine in Waikiki on May 16th. For all of them we can and will call for justice.

Yet we cannot rest even if their murderers are convicted. Violence against sex workers is systemic. Their deaths and other violent assaults on sex workers are not just hate crimes, but also a sign that consensual sex remains highly stigmatized. Structural racism, gender discrimination, and the criminalization of migration and of poverty create other vicious barriers for sex workers and other marginalized people. We should all be concerned about violence, and seek to confront and expose the complex circumstances that make sex workers—as well as all sex outlaws and gender rebels—vulnerable.

Police officers have been indifferent to violence against sex workers, refusing to take their complaints seriously, or conducting their investigations haphazardly or sloppily. In 1982, the bodies of six women, all known on “The Strip” were found in Seattle. Over the next two decades, there were 64 more bodies. But it was not until December 17, 2003, that police finally arrested Gary Leon Ridgway, the "Green River Killer," who eventually admitted to killing 49 sex workers. Ridgway said he preyed on these women “because I could kill as many of them as I wanted without getting caught.”

A vigil for Ridgway’s victims and for all sex workers killed from hate and stigma was the idea of Annie Sprinkle, a San Francisco performance artist and sex worker. The Sex Workers Outreach Project USA held its first day of remembrance in 2003, building unknowingly on the Valentine’s Day annual marches in Vancouver’s Downtown East Side to protest against the deaths and disappearances of their sisters that began in 1991. In the late 1990s in Washington, D.C., HIPS and the punk collective Positive Force also organized candlelit ceremonies for murdered women who worked the streets.

If you see people gathered under red umbrellas today, stop and join them if you can, everyone is welcome. When that next sudden downpour occurs and you dash into the drugstore for an umbrella, maybe you’ll choose the red one. Remember that only rights can stop the wrongs.

Melinda Chateauvert is the author of Sex Workers Unite: A History of the Movement from Stonewall to SlutWalk. As an activist, she has been involved in many grassroots campaigns to change policies and attitudes about sex and sexuality, gender and antiviolence, and race and rights, and as a professor has taught courses on social justice organizing, the civil rights movement, and gender and sexuality. She is currently a research fellow at the Center for Africana Studies at the University of Pennsylvania.

You might see a lot of red umbrellas today. Not because it's raining or snowing; it may even be bright, sunny and warm where you are. But whatever the weather on this December 17th, people will be carrying red umbrellas to honor and remember the many victims of violence against sex workers.