Who Will Guard the Guardians? American Privacy in the Next Age

President Obama took the stage today to discuss the ongoing NSA scandal and call for broad reform and oversight of the NSA's phone data collection program exposed by the Edward Snowden leaks. During his address, we were again reminded of the fragile balance between national security and civil liberty that's played out in one form or another throughout the relatively short history of our country. While the current NSA revelations likely constitute the largest, most brazen incursion into the privacy of US citizens yet discovered, the justification behind many of the programs that Snowden exposed—justifications echoed yet again in Obama's speech today—are continuations of forces and motivations that began in the nascent days of the country and have changed very little throughout the years, despite explosive advances in communications technology.

Yet innovation and infringment all too often go hand in hand, according to legal scholar and expert witness Frederick S. Lane, whose book American Privacy: The 400-Year History of Our Most Contested Right is an examination of both the history of individual privacy in the US and the external forces that threaten it. Written during the height of the Bush-era warrantless wiretapping controversy, when government officials allegedly misused the Patriot Act to consolidate power and punish enemies and critics, Lane's book seems eerily prescient in the Snowden age. In this excerpt from the introduction, evocatively subtitled "The Room That Wasn't There," Lane details the history of the NSA and delves into the origins and ramifications of the Bush wiretapping scandal:

THE ROOM THAT WASN'T THERE 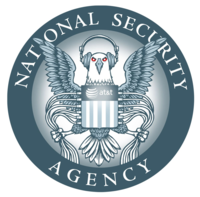 Information about the secretive National Security Agency has been notoriously difficult to obtain since the agency was quietly established by President Truman in 1952. The existence of the agency itself didn’t actually remain a secret for all that long: the following summer, the New York Times reported that the Defense Department was launching a $30 million construction project to build a new home for the agency at Fort Meade in Maryland. But little information was available about what the agency would do in its new home.

The specific nature of the services provided by the NSA to other branches of the government was classified at the time and remains so today. Nonetheless, the veil that has long shrouded the agency has thinned somewhat, particularly during the last couple of decades. The NSA received its largest (unwelcome) publicity boost in 2000, when a committee of the European Parliament issued a report outlining a global program of signals intelligence, code-named ECHELON, that is reportedly operated by the NSA on behalf of the United States, the United Kingdom, Australia, Canada, and New Zealand. Using a combination of satellite, telephone, and microwave intercepts, the ECHELON program enables the NSA to review the contents of millions of phone calls, faxes, e-mails, and text messages sent to and from devices around the world. The European Parliament cautioned, however, that “the analysis carried out in the report has revealed that the technical capabilities of the system are probably not nearly as extensive as some sections of the media had assumed.”

When President Bush freed the NSA from its warrant requirements under federal law, the NSA decided to take a more straightforward approach: directly intercepting the data transmissions flowing through the nation’s largest and busiest telecommunications companies. In January 2003, an AT&T communications technician named Marty Klein noticed that a new room was being built next to AT&T’s 4ESS switching equipment in the San Francisco office in which he worked. The switching equipment, Klein later told Wired magazine’s Ryan Singel, handles all long-distance and international calls. Klein subsequently learned that the person setting up the equipment in the new room had been recruited the previous fall by the NSA.

Not long after the NSA’s arrival at AT&T, Klein was assigned to connect the company’s massive Internet circuits to a so-called “splitting cabinet,” which contained a beam splitter that divided the Internet traffic into two identical streams, one of which flowed into the NSA’s secret room. The diverted data stream was not limited to just AT&T’s customers; thanks to peer sharing agreements among the various companies operating Internet backbones, NSA’s secret room captured data carried on AT&T’s network from other telecommunications companies. Klein said that similar setups were installed in other AT&T switching offices, “including Seattle, San Jose, Los Angeles and San Diego.”

Among other things, Klein reported, the secret room was equipped with a Narus STA 6400, a supercomputer that is part of the NarusInsight Intercept Suite (NIS). In a product description on the Narus Web site, the company says that the NIS “provides service providers and government organizations unmatched flexibility to intercept IP [Internet protocol] communications content and/or identifying information, enabling law enforcement and government organizations around the world to effectively gather evidence of illegal activity in the multi-faceted world of IP communications.” In simpler terms, the NIS is designed to collect huge amounts of data from various types of data networks and apply so-called “semantic traffic analysis” to determine whether any of the traffic contains information of interest to the organization collecting the data. Since 2004, the Narus board of directors has included William P. Crowell, an “independent security consultant” whose prior positions include deputy director of operations and deputy director of the National Security Agency.

While the Narus Web page for the NIS stresses the importance of capturing “all targeted data but nothing else,” it leaves unanswered the thornier question of what constraints exist, if any, for determining whose data should be targeted. It was no accident that the European Parliament opened its report on the NSA ECHELON program by quoting the first-century Roman poet Juvenal: “Sed quis custodiet ipsos custodies?” (But who will guard the guardians?)

Given our nation's track record for security at the expense of civil liberty, is there any reason to expect this latest round of promised reform to deliver real privacy? Frederick S. Lane would caution otherwise.

MORE ABOUT THE BOOK: 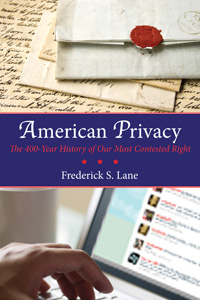 "The history of America is the history of the right to privacy," writes Frederick S. Lane in this vivid and penetrating exploration of our most hotly debated constitutional right. Yet all too often, American citizens have been their own worst enemies when it comes to protecting privacy, compliantly forgoing civil liberties in extreme times of war as well as for everyday consumer conveniences. Each of us now contributes to an ever-evolving electronic dossier of online shopping sprees, photo albums, health records, and political contributions, accessible to almost anyone who cares to look. In a digitized world where data lives forever, Lane urges us to consider whether privacy is even a possibility. How did we arrive at this breaking point?
American Privacy traces the lineage of cultural norms and legal mandates that have swirled around the Fourth Amendment since its adoption. In 1873, the introduction of postcards split American opinion of public propriety. Over a century later, Twitter takes its place on the spectrum of human connection. Between these two nodes, Anthony Comstock waged a moral crusade against obscene literature, George Orwell penned 1984, Joseph McCarthy hunted Communists and "perverts," President Richard Nixon surveilled himself right out of office, and the Supreme Court of the United States issued its most influential legal opinions concerning the right to privacy to date. Captured here, these historic snapshots add up to a lively narration of privacy's champions and challengers.
ABOUT THE AUTHOR:

Frederick S. Lane is an author, attorney, expert witness, and lecturer who has appeared on "The Daily Show with Jon Stewart," CNN, NBC, ABC, CBS, the BBC, and MSNBC. He is the author of six books, including The Court and the Cross: The Religious Right's Crusade to Reshape the Supreme Court and most recently Cybertraps for the Young.

Who Will Guard the Guardians? American Privacy in the Next Age

President Obama took the stage today to discuss the ongoing NSA scandal and call for broad reform and oversight of the NSA's phone data collection program exposed by the Edward Snowden leaks. During his address, we were again reminded of the fragile balance between national security and civil liberty that's played out in one form or another throughout the relatively short history of our country. While the current NSA revelations likely constitute the largest, most brazen incursion into the privacy of US citizens yet discovered, the justification behind many of the programs that Snowden exposed—justifications echoed yet again in Obama's speech today—are continuations of forces and motivations that began in the nascent days of the country and have changed very little throughout the years, despite explosive advances in communications technology.