Home About Beacon Press
#RamadanReads: Changing the Conversation about Muslims, One Book at a Time
Five Perfect Books for Reading Outdoors 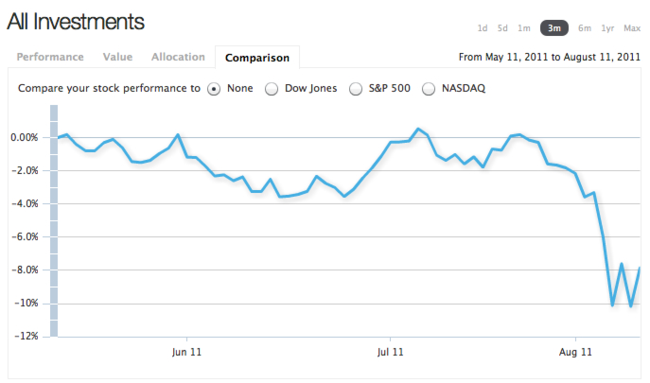 In the late 1970s, the Internal Revenue Service introduced code 401(k). Intended to supplement traditional defined benefit retirement pensions, 401(k)s have instead largely replaced them, prompting a massive shift in how retirement is funded in the United States, and bestowing enormous financial risk upon employees rather than their employers. The result, according to James W. Russell, professor of sociology at Eastern Connecticut State University and author of Social Insecurity: 401(k)s and the Retirement Crisis, has been a massive economic catastrophe, jeopardizing the financial futures of many American workers.

In a recent conversation with professors Jerry Lembcke and Ellis Jones of Holy Cross College, Russell outlined the inadequacies of the 401(k) system and explained alternatives for Americans who want to maximize their benefits and live comfortably in retirement. Jerry Lembcke: Let’s begin with the subtitle of your book, “The Retirement Crisis.” Tell us what this crisis is and a little bit about how it came to be.

James W. Russell: Well, the crisis is now that we have millions of Americans that are about to go off their own personal fiscal cliffs when they retire. That is, when they shift from their working income to their retirement income, because we’ve had a great switch in the way that retirement has been funded and planned in the United States, and that’s where the 401(k) part comes in. Since 1981, we’ve had what were secure pensions replaced by very shaky investment schemes that simply do not pay as well in retirement.

JR: It started in 1978 or 1979 when the Internal Revenue Service approved code 401(k) of the internal revenue code which was intended as a way to allow people to save tax-free for retirement. You have to understand that, traditionally, the way that people viewed retirement was as a three-legged stool—you had social security, you had a defined benefit pension (traditional pensions), and then you had savings. The original idea around the 401(k) is that it would shore up the third leg of the stool by allowing people to have savings and to encourage them to save.

But then in 1980 and 1981, a number of corporations with financial advisors and so forth, began to raise the question of whether they could substitute the 401(k) for the defined benefit pension, and that was very ambiguous in the code. In 1981, the Reagan administration looked at this question and gave the green light to it. The rest is history with that—a massive shift and substitution of defined benefit pensions, phasing those out or ending them abruptly, and substituting 401(k)s for them. I have a statistic for that: Of private sector workers in 1981, those who had retirement plans, 59% had defined benefit traditional pensions. By 2010, just 19% [had defined benefit pensions]. So it’s been a massive shift. And there are very few things in sociology where you can point to a single cause. Usually it’s some complicated set of causes, but here we have very much a single cause.

JR: Well, I’ll start with the question and then work a step backwards to something you didn’t ask. When you receive pension (1) its guaranteed (2) it’s for your life, so you cannot outlive your money. One of the problems with a 401(k) is you never know what you’re going to receive. When you retire, you have a number of options with what you can do with your money. In general, what the so-called financial experts recommend is you not withdraw more than 4% from your balance ($4,000 of $100,000) a year. It just so happens that the federal reserve, in its survey of consumer finance, finds that the average 401(k) balance of people approaching retirement is $100,000. That means that what people are going to get out of these accounts is $4,000 a year. You have options here. You can buy an annuity, which is a product that life insurance companies sell, where you give them your money and they in turn promise to give you a certain amount of money every month. Those pay a little bit better, about 5%, if you have an annuity with a cost of living adjustment which is very important to have because you don’t want inflation to eat away at the value of your retirement income.

And then there’s still another option, which is what most people do, because they don’t know what to do. They leave the money in the investment account and then they try to figure out how much to withdraw every year. This sets up another problem, and you can have two big problems here: Withdrawing too much, or withdrawing too little. If you withdraw too much, you run out of money and, if you’re still alive, you have a big problem. This is what is called in the literature the “longevity risk”—that you’re going to live too long. I happen to think living a long time is a good thing and it’s a strange part of this literature that even the World Bank gets into this question of old age risk and people living too long.

If you don’t do that, you’re going to withdraw just a little bit, and then you die and you have a bunch of money left over. That’s great news for your heirs but it means that you’ve had to live on less income during your retirement. It’s a very erratic type of situation that people are in who are in this type of system.

EJ: What do defined benefit pensions look like in contrast to that?

JR: The whole idea of the defined contribution 401(k) approach is that you save money, you invest it individually in private accounts and the account builds up until you retire and you use that [money] to finance your retirement.

In contrast, with a defined benefit pension, what happens is that you and/or your employer put money into a pool with other employees, and that pool pays benefits to retirees. The fact that the system is pooled gives it an enormous benefit and advantage for retirees because it’s risk sharing. If you consider social security, a defined benefit system: If you die shortly after starting to receive your benefits, the money stays in the pool and it helps to give higher benefits to those whole live longer. The way that I put it is that the short-lived subsidize the long-lived. That’s why social security can be more generous than any type of private plan.

JR: I think that’s a very shrewd interpretation of what’s going on here. The more fragmented we become, the more individualized, the easier it is for the big financial powers to control the system to their advantage.

You can listen to the entire eye-opening radio interview from New Books in Sociology on the New Books Network here.

Read more about the retirement crisis on the Beacon Broadside:

Anna Morrow has a BA in English and Psychology from the University of California, Santa Barbara and is a soon-to-be graduate of the Emerson College Publishing and Writing MA program. She is currently the marketing intern at Beacon Press.

In the late 1970s, the Internal Revenue Service introduced code 401(k). Intended to supplement traditional defined benefit retirement pensions, 401(k)s have instead largely replaced them, prompting a massive shift in how retirement is funded in the United States, and bestowing enormous financial risk upon employees rather than their employers. The result, according to James W. Russell, professor of sociology at Eastern Connecticut State University and author of Social Insecurity: 401(k)s and the Retirement Crisis, has been a massive economic catastrophe, jeopardizing the financial futures of many American workers.

In a recent conversation with professors Jerry Lembcke and Ellis Jones of Holy Cross College, Russell outlined the inadequacies of the 401(k) system and explained alternatives for Americans who want to maximize their benefits and live comfortably in retirement.