Home About Beacon Press
We Want to Talk about the Right to Stay Home: The Story of Aldo Gonzalez
Relax, Your Kid’s Troublesome Behavior Is Normal

At the Core of Everything: A Q&A with Daisy Hernández 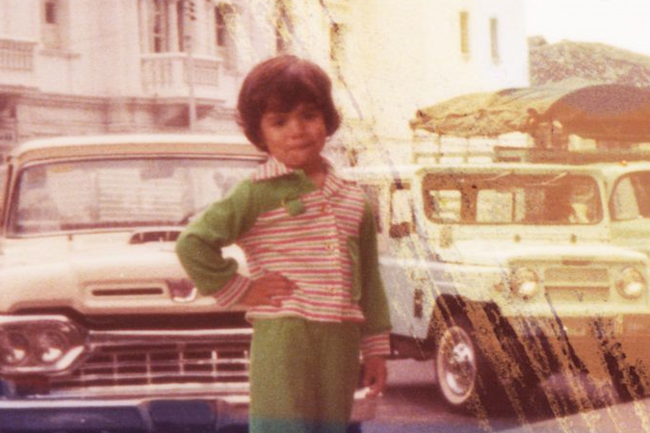 In her lyrical, coming-of-age memoir A Cup of Water Under My Bed—a heartfelt exploration of family, identity, and language now available from Beacon Press—Daisy Hernández chronicles what the women in her Cuban-Colombian family taught her about love, money, and race. Nicholas DiSabatino, publicity assistant at Beacon, recently spoke with Hernández about her new book, her literary and cultural influences, and the process of finding herself, both within her immigrant community and within the new, queer life she created for herself.

Daisy Hernández: My family is at the core of everything I write. Even when I am not writing about them, they are the lens through which I see the world. For example, while writing a story about Chagas disease and Latino immigrants for The Atlantic this summer, I was conscious about how the women in my family interacted with medical institutions. Not speaking English and not having health care, my mother and my aunties had this mix of fear, pride and gratitude toward doctors and hospitals. They also had a lot of silence around illness. I think that family history influenced how I started the story and how I gave it shape. 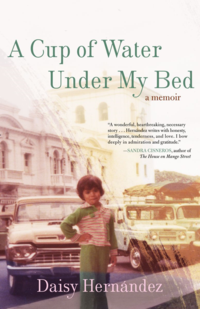 ND: Growing up in a Colombian-Cuban family, your ideas of love, romance, and relationships came predominantly from your mother and your tiás. How did your own desires not match up with the cultural expectations of your family, who you write, saw romance as something that “happens between seven and nine in the evening on Spanish soap operas”?

DH: Yes, I wanted love to happen before seven at night! I was reading Cosmo and Glamour as a teenager and watching all these romantic comedies that said “love conquers all.” It clashed with my mother’s reality. She was undocumented and worked in factories. So did her sisters. Marriage wasn’t about love, at least not primarily. It was the practicalities of paying rent and getting to stay in this country. I wanted to believe as a teenager that love could exist outside of the reality of race and immigration and class issues, that by virtue of being American-raised I could step outside of that. But as I write in the book, those issues very much shape our identities and who we choose as romantic partners.

And of course, there was nothing in my mother’s rule book to cover bisexuality. Being anything other than hetero was not an option in the world of the women who raised me—even though we had an intensely matriarchal home and our primary ties were with each other as women. So coming out as bisexual, I definitely clashed with the women who raised me. At the same time, I think growing up in a female-centric home, and later finding supportive LGBT communities, gave me the confidence I needed to be out as bi Latina.


ND: Who are some of the writers who helped shape your ideas about gender, culture, and queer identity, and how were they influential to you in writing A Cup of Water Under my Bed?

DH: James Baldwin and Audre Lorde and Goria Anzaldúa and Cherríe Moraga. They were early influences on my work because they engaged directly with the political contexts of their childhoods and that’s the kind of work I wanted to produce. I wanted to write a memoir that addressed issues of race and immigration and queer sexuality and that also made people laugh out loud and want to call their friends and say, “Listen to this…”


ND: You express such genuine disappointment in the culture of “whiteness” at the New York Times that you leave your prestigious internship there to work for ColorLines magazine. How did working in a predominantly white, male environment affect you not only as a woman of color but as a young writer just starting out with high expectations after landing your “dream job”?

DH: Yes, in the memoir, I write about how at the Times everything I’d read in political theory books was suddenly in my face. The death of a black child made the news because news was slow that day. If I wanted to write about Colombians getting political asylum, I had to be thinking about how bad that was in comparison to Rwanda. I was coming from a working class community. The center of gravity, so to speak, had always been justice. At the Times, I had to look at the world through the lens of how it related to people in power.

That said, I think reporting for the Times—especially as it went through its biggest plagiarism scandal—made me more resilient and clear about what I wanted as a writer and as a woman of color at that point in my life. I wanted to be around people who were engaging directly with questions of racial justice and social justice. There were great editors and reporters at the Times, and I learned a lot from them, but yes, ultimately I took those skills to a publication that I deeply loved and one that was aligned with my political vision. I also took those skills and used them to write this memoir.

Daisy Hernández is the coeditor of Colonize This! Young Women of Color on Today’s Feminism and the former editor of ColorLines magazine. She speaks at colleges and conferences about feminism, race, and media representations, and her writing has appeared in the New York Times, Ms. magazine, CultureStrike In These Times, Bellingham Review, Fourth Genre, and Hunger Mountain, and on NPR’s All Things Considered.

Posted at 11:30 AM in A Cup of Water Under My Bed, Biography and Memoir, Daisy Hernández, Feminism, Gender, and Sexuality, Fiction, Literature, and the Arts, Queer Perspectives | Permalink | Comments (0)

At the Core of Everything: A Q&A with Daisy Hernández

In her lyrical, coming-of-age memoir A Cup of Water Under My Bed—a heartfelt exploration of family, identity, and language now available from Beacon Press—Daisy Hernández chronicles what the women in her Cuban-Colombian family taught her about love, money, and race. Nicholas DiSabatino, publicity assistant at Beacon, recently spoke with Hernández about her new book, her literary and cultural influences, and the process of finding herself, both within her immigrant community and within the new, queer life she created for herself.