Home About Beacon Press
Between Nothing & Infinity: Poland’s Evolving Jewish Remembrance
Observation Post:
Reflections on the Fall of the Berlin Wall 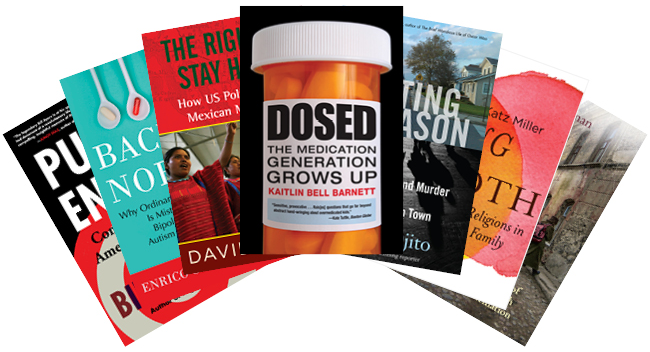 Here in Boston, the air’s been taking on the distinct chill of winter. Which is to say that reading season is coming into full swing. And since nothing beats getting cozy and having some quality time with a new paperback, we put together a list of seven recent releases that you can lose yourself in, forgetting all about the nipping wind, the coming snow, or the long, slow wait for spring... 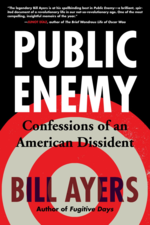 Labeled a “domestic terrorist” by the McCain campaign in 2008 and used by the radical right in an attempt to castigate Obama for “pallin’ around with terrorists,” Bill Ayers is in fact a dedicated teacher, father, and social justice advocate with a sharp memory and even sharper wit. Public Enemy tells his story from the moment he and his wife, Bernardine Dohrn, emerged from years on the run and rebuilt their lives as public figures, often celebrated for their community work and much hated by the radical right. Dr. Enrico Gnaulati, a clinical psychologist specializing in childhood and adolescent therapy and assessment, has witnessed firsthand the push to diagnose these disorders in youngsters. Drawing both on his own clinical experience and on cutting-edge research, with Back to Normal he has written the definitive account of why our kids are being dramatically overdiagnosed—and how parents and professionals can distinguish between true psychiatric disorders and normal childhood reactions to stressful life situations. 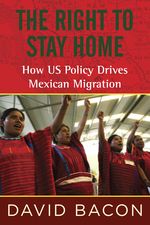 In The Right to Stay Home, journalist David Bacon tells the story of the growing resistance of Mexican communities. Bacon shows how immigrant communities are fighting back—envisioning a world in which migration isn’t forced by poverty or environmental destruction and people are guaranteed the “right to stay home.” This richly detailed and comprehensive portrait of immigration reveals how the interconnected web of labor, migration, and the global economy unites farmers, migrant workers, and union organizers across borders. 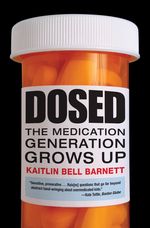 Over the last two decades, we have seen a dramatic spike in young people taking psychiatric medication. The issue has sparked heated debates, yet we’ve heard little from the “medicated kids” themselves. In Dosed, Kaitlin Bell Barnett, who began taking antidepressants as a teenager, takes a nuanced look at the issue as she weaves together stories from members of this “medication generation,” exploring how drugs informed their experiences at home, in school, and with the mental health professions. 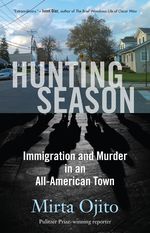 In November 2008, Marcelo Lucero, a thirty-seven-year-old undocumented Ecuadorean immigrant, was attacked and murdered by a group of teenagers as he walked the streets of the Long Island village of Patchogue accompanied by a childhood friend. Drawing on firsthand interviews and on-the-ground reporting, Mirta Ojito’s Hunting Season is an unflinching portrait of one community struggling to reconcile the hate and fear underlying the idyllic veneer of their all-American town. 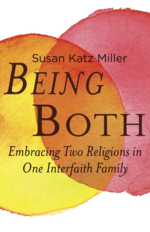 Susan Katz Miller grew up with a Jewish father and Christian mother, and was raised Jewish. Now in an interfaith marriage herself, she is one of the growing number of Americans who are boldly electing to raise children with both faiths, rather than in one religion or the other (or without religion). Being Both is at once a rousing declaration of the benefits of celebrating two religions, and a blueprint for interfaith families who are seeking guidance and community support. 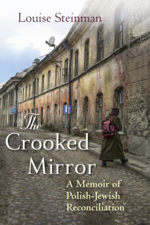 In the winter of 2000, Louise Steinman set out to attend an international Bearing Witness Retreat at Auschwitz-Birkenau at the invitation of her Zen rabbi, who felt the Poles had gotten a “bum rap.” A bum rap? Her own mother could not bear to utter the word “Poland,” a country, Steinman was taught, that allowed and perhaps abetted the genocide that decimated Europe’s Jewish population, including members of her own extended family. As Steinman learns more about her lost ancestors, though, she finds that the history of Polish-Jewish relations is far more complex. The Crooked Mirror is a lyrical literary memoir that explores the exhilarating, discomforting, and ultimately healing process of Polish-Jewish reconciliation taking place in Poland today.

Here in Boston, the air’s been taking on the distinct chill of winter. Which is to say that reading season is coming into full swing. And since nothing beats getting cozy and having some quality time with a new paperback, we put together a list of seven recent releases that you can lose yourself in, forgetting all about the nipping wind, the coming snow, or the long, slow wait for spring...