Home About Beacon Press
Beacon Broadside: A Year in Review
Why the Preoccupation with LBJ’s Role in ‘Selma’ Misses the Point

Four Books to Read in January

January is a time of new beginnings, fresh starts, ambitious goals. At Beacon, we publish some of our most exciting titles in January, books we think will have a long shelf-life. This January, we explore a geopolitical conservation effort, redefine the cause of hate and hate-driven violence, return Dr. Martin Luther King, Jr. to his radical roots, and expose the hypocrisy of “merit-based” admissions practices. These are books you will be thinking about and discussing for the rest of the year.

Blood of the Tiger, January 6 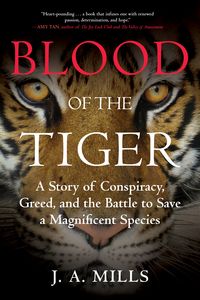 Two decades ago, international wildlife investigator J. A. Mills went undercover to expose bear farming in China and discovered the plot to turn tigers into nothing more than livestock. Thus begins the story of a personal crusade in which Mills mobilizes international forces to awaken the world to a conspiracy so pervasive that it threatens every last tiger in the wild.

In this memoir of triumph, heartbreak, and geopolitical intrigue, Mills and a host of heroic comrades try to thwart a Chinese cadre’s plan to launch billion-dollar industries banking on the extinction of not just wild tigers but also elephants and rhinos. Her journey takes her across Asia, into the jungles of India and Nepal, to Russia and Africa, traveling by means from elephant back to presidential motorcade, in the company of man-eaters, movie stars, and world leaders. She finds reason for hope in the increasing number of Chinese who do not want the blood of the last wild tigers to stain their beloved culture and motherland. Over the centuries American society has been plagued by brutality fueled by disregard for the humanity of others: systemic violence against Native peoples, black people, and immigrants. More recent examples include the Steubenville rape case and the murders of Matthew Shepard, Jennifer Daugherty, Marcelo Lucero, and Trayvon Martin. Most Americans see such acts as driven by hate. But is this right? Longtime activists and political theorists Kay Whitlock and Michael Bronski boldly assert that American society’s reliance on the framework of hate to explain these acts is wrongheaded, misleading, and ultimately harmful.

Considering Hate challenges easy assumptions and failed solutions, arguing that “hate violence” reflects existing cultural norms. Drawing upon social science, philosophy, theology, film, and literature, the authors examine how hate and common, even ordinary, forms of individual and group violence are excused and normalized in popular culture and political discussion. This massive denial of brutal reality profoundly warps society’s ideas about goodness and justice. Whitlock and Bronski invite readers to radically reimagine the meaning and structures of justice within a new framework of community wholeness, collective responsibility, and civic goodness. 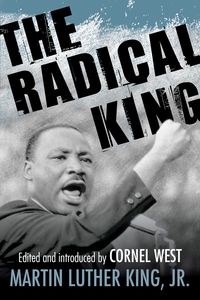 Every year, Dr. Martin Luther King, Jr., is celebrated as one of the greatest orators in US history, an ambassador for nonviolence who became perhaps the most recognizable leader of the civil rights movement. But after more than forty years, few people appreciate how truly radical he was.

Arranged thematically in four parts, The Radical King includes twenty-three selections, curated and introduced by Dr. Cornel West, that illustrate King’s revolutionary vision, underscoring his identification with the poor, his unapologetic opposition to the Vietnam War, and his crusade against global imperialism. As West writes, “Although much of America did not know the radical King—and too few know today—the FBI and US government did. They called him ‘the most dangerous man in America.’ . . . This book unearths a radical King that we can no longer sanitize.”

The Tyranny of the Meritocracy, January 13 Standing on the foundations of America’s promise of equal opportunity, our universities purport to serve as engines of social mobility and practitioners of democracy. But as acclaimed scholar and pioneering civil rights advocate Lani Guinier argues, the merit systems that dictate the admissions practices of these institutions are functioning to select and privilege elite individuals rather than create learning communities geared to advance democratic societies. Having studied and taught at schools such as Harvard University, Yale Law School, and the University of Pennsylvania Law School, Guinier has spent years examining the experiences of ethnic minorities and of women at the nation’s top institutions of higher education, and here she lays bare the practices that impede the stated missions of these schools.

As a result of private merit standards and ever-increasing tuitions, our colleges and universities increasingly are failing in their mission to provide educational opportunity and to prepare students for productive and engaged citizenship. To reclaim higher education as a cornerstone of democracy, Guinier argues for reformation, not only of the admissions practices but of the very shape of higher education itself.

Four Books to Read in January

January is a time of new beginnings, fresh starts, ambitious goals. At Beacon, we publish some of our most exciting titles in January, books we think will have a long shelf-life. This January, we explore a geopolitical conservation effort, redefine the cause of hate and hate-driven violence, return Dr. Martin Luther King, Jr. to his radical roots, and expose the hypocrisy of “merit-based” admissions practices. These are books you will be thinking about and discussing for the rest of the year.