The Biblical Roots of Racism 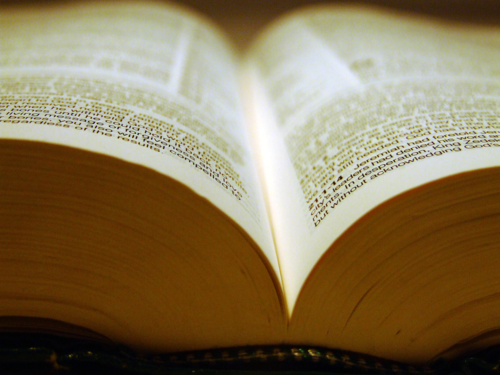 Unfortunately, the Bible is not very helpful when it comes to race issues. Many have found within its pages justifications for slavery, abuse of African-Americans and segregation. Unfortunately, the divisions between the races are exacerbated, not diminished, by Christianity.

Martin Luther King Jr. famously said in 1963, "It is appalling that the most segregated hour of Christian America is eleven o'clock on Sunday morning." Fifty years later, this remains true, as America's churches lag behind its schools, businesses, military and almost every other institution in escaping old taboos about mixing the races. Compare the diversity in the pages of Christianity Today to that of Sports Illustrated or Rolling Stone.

The single greatest humiliation of American Christianity is its long endorsement of slavery and even longer endorsement of racism—a dark cloud still clearly visible at eleven o'clock on Sunday mornings—a cloud that mocks the vision of Martin Luther King and the leaders of the civil rights movement.

The fundamentalist Bob Jones University in South Carolina proudly flew the racist torch as long as possible until it was forced by the IRS to integrate in 1971 or risk losing its tax exemption. It complied by admitting only married blacks to discourage racial mixing. It was not until 2000 that the University, in the midst of a great uproar, reversed its policy on interracial dating. Bob Jones Sr., the university's founding president, had famously said, "White folks and colored folks, you listen to me. You cannot run over God's plan and God's established order without having trouble. God never meant to have one race. It was not His purpose at all. God has a purpose for each race."

Jones' warning shaped the university at an official level until recently and continues to shape it informally. The University has, however, officially rejected it racist heritage, and is struggling to free itself from its own bondage to a terrible ideology. 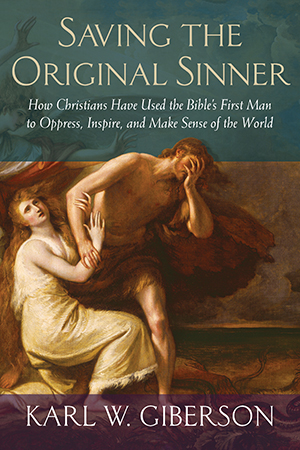 Bob Jones University is just one example of how American Christians have used the Bible to promote racism. When the Northern and Southern Baptists split in 1845 over the issue of slavery, Southern Baptists were using an obscure reference in Genesis to justify owning slaves—the so-called "Mark of Cain." In Genesis 4, we read of God placing a visible "mark" of some sort on Cain for murdering his brother and lying about it when God asked what had happened. As early as the fifth century, Cain's curse was interpreted as black skin, and millions of Christians have used it to justify slavery.

A bit later in Genesis, we read of Noah cursing his son Ham, declaring that his offspring would henceforth serve those of his brothers. The "Curse of Ham" was another Biblical justification for slavery. One particularly disturbing appeal to the Bible argued that Noah and his family on the ark were all white, so any blacks on the ark must have been among the animals.

Christian slave owners in the United States operated within a tradition that provided biblical justification for owning slaves in the same way that one owned horses. The arguments were varied: The Ten Commandments instruct us not to "covet our neighbor's manservant (= slave)," but make no comment about our neighbor owning a slave in the first place. We are also told not to covet his donkey. The great patriarch Abraham—Kierkegaard's "Knight of Faith"—owned slaves. The apostle Paul returned a runaway slave to his master. Jesus did not condemn the widespread slavery in the Roman world. If slavery was wrong, why does the Bible not condemn it?

The prevailing view was, unfortunately, quite logical, or at least Biblical. If God created the races in their present forms, as most evangelical Christians believe and which must be true if the earth is just a few thousand years old, why did He create separate races? Assuming the separate races are a part of God's plan, should we not join Bob Jones Sr. in his warning that we must maintain God's divinely ordained races by preventing interracial marriage?

Biblically-based assaults on blacks have waned over the years, thankfully, but never fully disappeared. In a highly significant and symbolic move, the Southern Baptists did apologize in 1995 for their endorsement of slavery, segregation and white supremacism. And in 2012, the sixteen-million-member body elected its first African-American president to preside over an encouragingly diverse community. So there is hope.

But as long as a literally interpreted Bible remains the authority for millions of Christians, we will be struggling with its mixed messages about the meaning of the races.

Karl Giberson teaches science and religion at Stonehill College and is a leading voice in America’s creation/evolution controversy. He is the author of ten books, including Saving Darwin, a Washington Post “Best Book of 2008,” and The Anointed: Evangelical Truth in a Secular Age, with Randall Stephens. He lives in Hingham, Massachusetts. He lives on the web at www.karlgiberson.com. Follow him on Twitter at @gibersok.

The Biblical Roots of Racism

Unfortunately, the Bible is not very helpful when it comes to race issues. Many have found within its pages justifications for slavery, abuse of African-Americans and segregation. Unfortunately, the divisions between the races are exacerbated, not diminished, by Christianity.