Home About Beacon Press
#PublishUP: Beacon Press in Conversation with Jeanne Theoharis
Surfing and Indigeneity in the United States 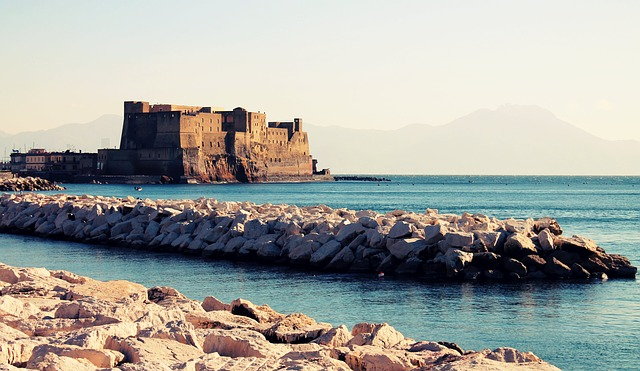 No one knows if Elena Ferrante is a tennis fan. No one knows much about her at all. The identity of the author of the wildly popular Neapolitan novels remains a useful mystery—useful because it reveals the poverty of our literary-critical apparatus: without the usual cues of biography and author appearances and interviews, critics have been tripping over themselves to place her work. Feminist. Post-ideological. Neo-neo-realist. They’re not wrong, exactly. But to understand Ferrante, it might help to be a tennis fan—or, at least, to be a fan of one particular match. Krickstein vs Connors, U.S. Open, 1991.

You may have already seen it. Every year during the Open, if a rain delay leaves the commentators scrambling to fill time, the TV producers air the match again. The storyline is a sports cliché, a tennis Rocky. Jimmy Connors, lion in winter, age thirty-nine, grunts, staggers, and bullies his way to victory against rising star Aaron Krickstein. Age over beauty, grit over finesse...etc. But what’s riveting about the match isn’t the storyline. I was seventeen when I first saw it, live on CBS, and what I felt was a kind of gravitational pull into the television, into the court. Connors was nowhere else. Nowhere else existed for him. In the final set, Krickstein kept glancing over to his player’s box, to the sky—you could almost see him imagining the post-match interview, the uneasy ride back to the hotel. But Connors had nowhere else. His entire life was cupped inside the stadium. Granted, he was a boor: he sat in the flowerbed, hammed for the camera, played to the crowd. Not a good sport, possibly not a good person. But judgements meant nothing to him. He had nowhere else to exist, it seemed, at least nowhere else to exist as fully. And so he was playing with his entire life—for his entire life, that is, for the possibility for his life to be expansive. His intensity was impossible not to watch, impossible not to admire.

That’s what Ferrante’s Neapolitan novels have. That’s why critics praise them as fierce, unapologetic, relentless. Her narrator, Elena Greco, a writer, has nowhere else to exist but in the pages she’s writing, nor does her best friend, Lila Cerullo. Nowhere else is capacious enough; nowhere else can offer their lives meaning. But Ferrante’s work isn’t only a display of that need—and this is where she goes far beyond what Connors had to offer—but also a dramatic investigation into where that need comes from, and how it both rewards and punishes the woman who follows it. 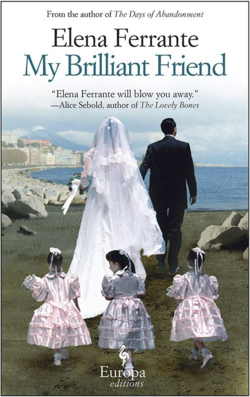 In the final scene of the first novel My Brilliant Friend, which takes place at Lila’s wedding to the neighborhood grocer, Elena remarks of Nino, the intellectual boy she has a crush on, “He could enter and leave the neighborhood as he wished, without being contaminated by it. He could do it, he was capable of doing it, maybe he had learned years before, at the time of the stormy move that hand nearly cost him his life.

I doubted that I could make it.”

Not being “contaminated” by the neighborhood isn’t just a drama of the moment, of their adolescent selves; it will become the drama of their lives. The question isn’t just how will Elena escape, but how will her identity survive? How will she make sense of the divide between her life and Lila’s? Between her past and her present? Between her outer life (eventually beyond the neighborhood) and her inner life (eventually containing it)? The drama isn’t just in the bildungsroman Elena is telling, it’s in the telling itself. She needs the telling to unify, without dishonesty or simplification, the disparate elements of her life, the elements no other forum can hold.  She needs to make a place to live fully—and a place for Lila to live fully.

Which brings us to what is hardest to talk about in Ferrante, and what I most love about her. The story of the artist born into a family hostile to art—Kafka, Joyce, Rilke—is nothing new. But for the focal point of a novel (or, indeed, a series) to be a friendship rather than one gifted person’s development, for the existence of an inner life and the necessity of its preservation to be expressed as matter-of-factly as the violence in nineteen-fifties Naples—this is new, and it keeps the writing deeply private. There’s the privacy of Elena’s experience—in which she admits to feelings, particularly in her complex friendship with Lila, most people wouldn’t admit to themselves; there’s the privacy of her need to understand her experience—which few writers would focus on as a drama as significant as the outer drama of the neighborhood feuds; and, perhaps most poignantly, there’s the privacy of Elena’s address—which, although not directly made to Lila, can be read as an appeal to her as a kind of projected conscience, as Lila is the only person Elena thinks might understand her, the person she hopes both to save and be saved by.

Privacy. Interiority. Literature as matter-of-fact tool for survival. All evoked quietly and fiercely, in our hyper-connected age, when our sense of privacy, of interiority, and of art as a necessity for nurturing the two is eroding. There’s no such thing as a literary rain delay—no act of God that would sweep rain across the pages and Kindles of everyone in the country on a given day. But perhaps it wouldn’t be so bad if there were. The producers in the truck could cue up Ferrante. A classic, they might say, is a match that helps us to see all other matches, a book that helps us to see all other books. It reminds us of what we’ve been searching for all along.

Howard Axelrod’s work has appeared in the New York Times Magazine, Shambhala Sun, and the Boston Globe, among other publications. He currently teaches at Grub Street in Boston, where he lives. The Point of Vanishing is his first book.

Posted at 03:12 PM in Howard Axelrod, Literature and the Arts | Permalink | Comments (0)

No one knows if Elena Ferrante is a tennis fan. No one knows much about her at all. The identity of the author of the wildly popular Neapolitan novels remains a useful mystery—useful because it reveals the poverty of our literary-critical apparatus: without the usual cues of biography and author appearances and interviews, critics have been tripping over themselves to place her work. Feminist. Post-ideological. Neo-neo-realist. They’re not wrong, exactly. But to understand Ferrante, it might help to be a tennis fan—or, at least, to be a fan of one particular match. Krickstein vs Connors, U.S. Open, 1991.