What Has the World Signed Up to in the Paris Climate Agreement? 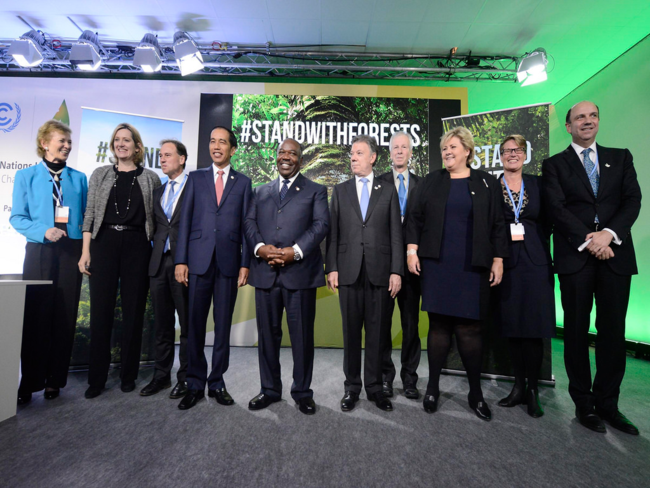 As the applause rang out in Paris, the French foreign minister and climate conference chair, Laurent Fabius, declared the deal he had just gavelled through was a “historical turning point.” From Al Gore in the front row to the back of the hall, everyone seemed to agree. Even normally cautious climate scientists were beaming.

So what has the world signed up to in the Paris Agreement? Will it choke off wild weather and usher in a world of climatic calm?  Or is this a false dawn as we burn our way to a hotter, more violent world?  I was there throughout, but I am still wondering if we have all been sold a false vision of the future.

The Paris Agreement, reached unanimously by more than 190 nations, committed the world to capping global warming at “well below 2 degrees Celsius above pre-industrial levels” and to “pursue efforts to limit the temperature increase to 1.5 degrees C.”

To do that, the text states, will require the world to “reach global peaking of greenhouse gas emissions as soon as possible” and thereafter “to undertake rapid reductions” with the aim of reducing overall emissions to zero “in the second half of this century.” Any continuing emissions, it said, will need to be balanced by natural uptake or by some future technology for soaking up greenhouse gases from the atmosphere.

So far so good.

But the final version of the text—which took four years to finalise, including two weeks of intense talks in Paris—contains no clear route to those goals. There are no specific legally-binding emissions targets, with dates or numbers attached, either for individual nations or for the world as a whole.

What it does have is 184 non-binding national pledges about what governments plan to do between now and 2030 to reduce—or more often curb the rise of—their emissions. Analysts at the International Energy Agency and elsewhere say those pledges are enough to would stabilise emissions, but not to cause any downturn.

The trouble is that stabilising emissions won’t stabilise temperatures. Greenhouse gases like carbon dioxide accumulate in the atmosphere, where they trap heat. It is their concentration there that determines future temperatures. So every tonne added increases warming. And we are currently adding some 50 billion tonnes a year.

Hence that goal of zero emissions to halt further warming.

Obviously more needs to be done. And, to be fair, all sides recognise that. The agreement sets up a UN scientific stocktaking exercise in 2018 to see whether countries are on track for meeting their promises, and to assess the science.

Optimists hope that will be the moment where countries agree to do more. Because waiting till 2030, when the current agreement expires, will almost certainly be leaving things too late to keep warming “well below two degrees”.

To be honest, not many scientists believe we have a hope of keeping below 1.5 degrees. That target may not sound a lot harder than two degrees. But since this year the world touched one degree above pre-industrial levels, the tougher target effectively halves the amount of greenhouse gas we could afford to add to the air. To achieve a fifty-fifty chance of that goal would require annual year-on-year emissions cuts of fifteen percent or more, says climate scientist Kevin Anderson of Manchester University in England.

OK, so the deal is far from perfect. But it is hugely better than what we had before. After the failure of the last climate negotiations, in Copenhagen in 2009, scientist mostly figured we were on track for four degrees or warming at least. Now, with the national pledges, they reckon three degrees is a reasonable guess. So progress has been made.

And politically it is a huge success. This is “the first time in history at which virtually every country has committed to restraining its emissions of greenhouse gases. That alone marks this summit down as a very significant moment,” says Richard Black, director of the UK’s Energy & Climate Intelligence Unit. 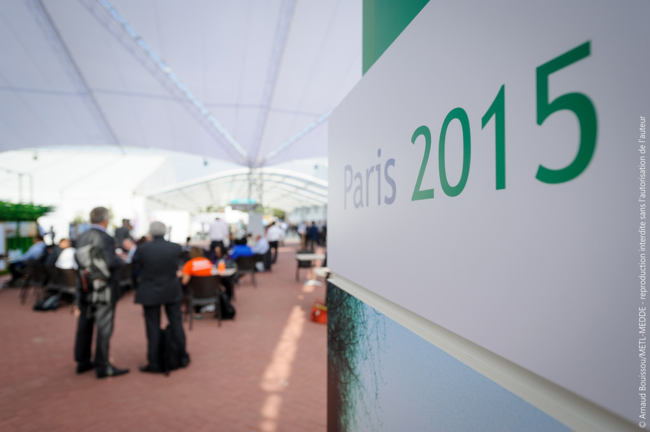 Optimists hope that a corner has been turned. That the forces of capitalism will be unleashed to fight climate change. That from now on, the world will work towards a low-carbon world.

Not convinced? Well, you would be surprised by how many greens in Paris bought into this belief. “This deal puts the fossil fuel industry on the wrong side of history,” said Kumi Naidoo, executive director of Greenpeace International here on Saturday. And when I talked to him later it was clear he believed it.

Starting on 12 December 2005, he says, the technologies around burning carbon-based fuels are in decline. Certainly the market prices of fossil-fuel companies plunged on the Monday after the deal, so someone on the trading floors was listening to the message.

What matters, says industry analysts, is that a political climate is created in which everyone believes that coal and other fossil fuels are on the way out. That investing in new coal mines or oilfields or dirty power stations is bad business.

Then self-interest will take over from altruism in the climate debate. The smart money will start moving to renewables such as wind and solar power. That will “unlock trillions of dollars” from private investors, says Edward Cameron, of Business for Sustainable Development. After the deal, he said he believed he could “go back and tell companies that the world has changed, that we are creating a whole new global economy.”

Not everyone is so optimistic, of course. But some of the high priests of the financial world are.

In a surreal moment midway through the conference, I walked through a crowd of noisy protesters demanding that governments stop backing fossil fuels, to enter a room where the governor of the Bank of England was speaking. And he was saying virtually the same thing. The world was, he contended, destined for a “transition to a net-zero world.” And the quicker the better.

He was launching a programme from the Financial Stability Board—a body he chairs that coordinates central banks and financial regulators around the world—to develop rules for “carbon-disclosure”.  Companies in future would have to reveal how heavily their businesses were invested in fossil fuels. This carbon footprinting for investors would ensure pension funds and banks and others would have good data for helping them get out of fossil fuels.

Such data might not change the world, but he made it clear that it should. Climate change, Carney said, was a “systemic risk” to the global financial system.

You may say this won’t work while China and India and other big fast-industrialising nations keep opening new coal power stations. And you would be right. Except that even these countries are thinking twice about coal.

China singlehandedly caused a surge in global coal burning in the past decade. But last year it burned less coal while generating twenty per cent more electricity from wind. It promises further reductions. It may fear the smogs killing its citizens as much as climate change, but it has clearly changed tack. Its emissions fell last year and many believe it will peak emissions permanently within a decade.

That means that last year the three biggest emitters—China, the US and the European Union—saw their emissions fall while their economies grew.

It is not all sweetness and light, however. India is still building coal power stations fast, though it has just as big a programme for solar energy. Moreover, many of the emissions pledges made by developing nations depend on cash from the rich world.

But, with low-carbon energy technologies becoming ever cheaper, the hope is that the endless diplomatic game of “sharing the burden” of fighting climate change is being replaced by a world in which everyone wants the new clean technologies. The only question is how fast they can get their hands on them.

The world is changing fast. Last year half of the investment in new power plants round the world was, for the first time, in renewables. In that sense, the Paris agreement may be responding to the new world rather than creating it. If so, then those starry-eyed optimists cheering “fabulous Fabius” in Paris could be right.

Fred Pearce reported on the conference for Yale e360.

Fred Pearce is an award-winning author and journalist based in London. He has reported on environmental, science, and development issues from eighty-five countries over the past twenty years. Environment consultant at New Scientist since 1992, he also writes regularly for the Guardian newspaper and Yale University’s prestigiouse 360 website. Pearce was voted UK Environment Journalist of the Year in 2001 and CGIAR agricultural research journalist of the year in 2002, and he won a lifetime achievement award from the Association of British Science Writers in 2011. His many books include With Speed and Violence, Confessions of an Eco-Sinner, The Coming Population Crash, The Land Grabbers, and The New Wild.

What Has the World Signed Up to in the Paris Climate Agreement?

As the applause rang out in Paris, the French foreign minister and climate conference chair, Laurent Fabius, declared the deal he had just gavelled through was a “historical turning point.” From Al Gore in the front row to the back of the hall, everyone seemed to agree. Even normally cautious climate scientists were beaming.

So what has the world signed up to in the Paris Agreement? Will it choke off wild weather and usher in a world of climatic calm?  Or is this a false dawn as we burn our way to a hotter, more violent world?  I was there throughout, but I am still wondering if we have all been sold a false vision of the future.