Home About Beacon Press
Binge Eating, Sugar Addiction, and Coming Out of the Pantry
Fourteen Steps Forward Together for America's Third Reconstruction

A Skirmish Between Colonizers 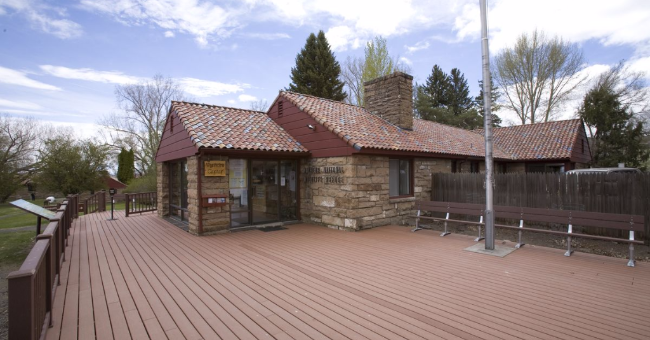 Two polarized positions mark the ongoing debate in the United States over gun violence, mass killings, and armed citizen militias, such as the militias that seized federal land in Oregon on January 2. These positions rest on the text and interpretation of the Second Amendment of the US Constitution: A well regulated militia being necessary to the security of a free State, the right of the People to keep and bear arms shall not be infringed. The gun lobby and its constituency argue that the Second Amendment guarantees the right for every citizen to bear arms, while gun control advocates maintain that the Second Amendment is about states having a militia, emphasizing the language of “well regulated,” and that this is manifest in the existing National Guard.

The elephant in the room in these debates is what armed militias were to be used for, indeed that militias already long existed in the colonies and were expected to continue fulfilling two primary roles: destroying Native communities and driving the residents off their land as well as controlling the enslaved African population—that is, the seizing of land and bodies and transforming them into for-wealth production.

The Malheur National Wildlife Refuge in Oregon was carved out of the treaty guaranteed territory of the Northern Paiute Nation by President Theodore Roosevelt in 1908 as a part of his “wilderness” conservation project that annexed dozens of Indigenous sacred sites, such as Yellowstone, Yosemite, Grand Canyon, calling the federal theft “public lands,” which ever since have been leased out for ranching, mining, oil pipelines. These descendants of the first Euroamerican settlers, who grabbed land for ranching from the portions of Native territories in the Northwest and intermountain Great Basin that the federal government allotted for sale, have long been agitating for the privatization (under the guise of “states-rights”) of the “public lands” that they already lease for next to nothing. This is a continuation of the Indian wars, fronted by settlers, but made possible by the continuing US system of colonialism. All these sacred sites and “public” lands must be returned to the stewardship of the Native nations from whom they were illegally seized.

The following two excerpts from An Indigenous Peoples’ History of the United States provide some historical threads that are essential for understanding the present.

Britain’s victory at the end of the French and Indian War in 1763 led to English domination of world trade, sea power, and colonial holdings for a century and a half. In the Treaty of Paris (1763) France ceded Canada and all claims east of the Mississippi to Britain. In the course of the war, Anglo settlers had gained strength in numbers and security in relation to Indigenous peoples just outside the British-occupied colonies. Even there, significant numbers of settlers had squatted on Indigenous lands beyond the colonies’ putative boundaries, reaching into the Ohio Valley region. To the settlers’ dismay, soon after the Treaty of Paris was signed, King George III issued a proclamation that prohibited British settlement west of the Allegheny-Appalachian mountain barrier, ordering those who had settled there to relinquish their claims and move back east of the line. However, British authorities did not commit enough troops to the frontier to enforce the edict effectively. As a result, thousands more settlers poured over the mountains and squatted on Indigenous lands. 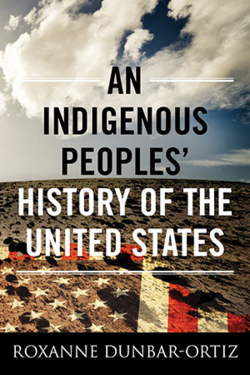 By the early 1770s, terror against Indigenous people on the part of Anglo settlers increased in all the colonies, and speculation in western lands was rampant. In the southern colonies especially, farmers who had lost their land in competition with larger, more efficient, slave-worked plantations rushed for western land. These settler-farmers thus set, as [military historian John] Grenier writes, “a prefigurative pattern of U.S. annexation and colonization of Indigenous nations across the continent for the following century: a vanguard of farmer- settlers led by seasoned ‘Indian fighters,’ calling on authorities/ militias of the British colonies, first, and the U.S. government/army later, to defend their settlements, forming the core dynamic of U.S. ‘democracy.’”

The French and Indian War would later be seen as the trigger for independence of the settler population, in which the distinctly “American” nation was born. This mythology was expressed in the 1826 novel The Last of the Mohicans: A Narrative of 1757, in which the author—land speculator James Fenimore Cooper—created a usable settler-colonial history. Blockbuster Hollywood adaptations of the book in 1932 and 1992 reinforced the mythology. But the 1940 film, based on the best-selling novel Northwest Passage, which is considered a classic and remains popular due to repeated television showings, goes even further in portraying the bloodthirsty mercenaries, Rogers’s Rangers, as heroes for their annihilation of a village of Abenakis.

Although the US Constitution represents for many US citizens a covenant with God, the US origin story goes back to the Mayflower Compact, the first governing document of the Plymouth Colony, named for the ship that carried the hundred or so passengers to what is now Cape Cod, Massachusetts, in November 1620. Forty-one of the “Pilgrims,” all men, wrote and signed the compact. Invoking God’s name and declaring themselves loyal subjects of the king, the signatories announced that they had journeyed to northern “Virginia,” as the eastern seaboard of North America was called by the English, “to plant the First Colony” and did therefore “Covenant and Combine ourselves together in a Civil Body Politic” to be governed by “just and equal Laws” enacted “for the general good of the Colony, unto which we promise all due submission and obedience.” The original settlers of Massachusetts Bay Colony, founded in 1630, adopted an official seal designed in England before their journey. The central image depicts a near-naked native holding a harmless, flimsy-looking bow and arrow and inscribed with the plea, “Come over and help us.” Nearly three hundred years later, the official seal of the US military veterans of the “Spanish-American War” (the invasion and occupation of Puerto Rico, Cuba, and the Philippines) showed a naked woman kneeling before an armed US soldier and a sailor, with a US battleship in the background. One may trace this recurrent altruistic theme into the early twenty-first century, when the United States still invades countries under the guise of rescue.

In other modern constitutional states, constitutions come and go, and they are never considered sacred in the manner patriotic US citizens venerate theirs. Great Britain has no written constitution. The Magna Carta arguably comes close, but it does not reflect a covenant. US citizens did not inherit their cult-like adherence to their constitution from the English. From the Pilgrims to the founders of the United States and continuing to the present, the cultural persistence of the covenant idea, and thus the bedrock of US patriotism, represents a deviation from the main course in the development of national identities. Arguably, both the 1948 birth of the state of Israel and advent of Nationalist Party rule of South Africa were emulations of the US founding; certainly many US Americans closely identify with the state of Israel, as they did with Afrikaner- ruled South Africa. Patriotic US politicians and citizens take pride in “exceptionalism.” Historians and legal theorists characterize US statecraft and empire as those of a “nation of laws,” rather than one dominated by a particular class or group of interests, suggesting a kind of holiness.

The US Constitution, the Mayflower Compact, the Declaration of Independence, the writings of the “Founding Fathers,” Lincoln’s Gettysburg Address, the Pledge of Allegiance, and even Martin Luther King Jr.’s “I Have a Dream” speech are all bundled into the covenant as sacred documents that express the US state religion. An aspect of this most visible in the early twenty-first century is the burgeoning “gun lobby,” based on the sanctity of the Second Amendment to the Constitution. In the forefront of these Second Amendment adherents are the descendants of the old settlers who say that they represent “the people” and have the right to bear arms in order to overthrow any government that does not in their view adhere to the God-given covenant.

Roxanne Dunbar-Ortiz grew up in rural Oklahoma, the daughter of a tenant farmer and part-Indian mother. She has been active in the international Indigenous movement for more than four decades and is known for her lifelong commitment to national and international social justice issues. After receiving her PhD in history at the University of California at Los Angeles, she taught in the newly established Native American Studies Program at California State University, Hayward, and helped found the Departments of Ethnic Studies and Women’s Studies. Her 1977 book The Great Sioux Nation was the fundamental document at the first international conference on Indigenous peoples of the Americas, held at the United Nations’ headquarters in Geneva. Dunbar-Ortiz is the author or editor of seven other books, including Roots of Resistance: A History of Land Tenure in New Mexico. She lives in San Francisco. Follow her on Twitter at @rdunbaro.

A Skirmish Between Colonizers

Two polarized positions mark the ongoing debate in the United States over gun violence, mass killings, and armed citizen militias, such as the militias that seized federal land in Oregon on January 2. These positions rest on the text and interpretation of the Second Amendment of the US Constitution: A well regulated militia being necessary to the security of a free State, the right of the People to keep and bear arms shall not be infringed. The gun lobby and its constituency argue that the Second Amendment guarantees the right for every citizen to bear arms, while gun control advocates maintain that the Second Amendment is about states having a militia, emphasizing the language of “well regulated,” and that this is manifest in the existing National Guard.