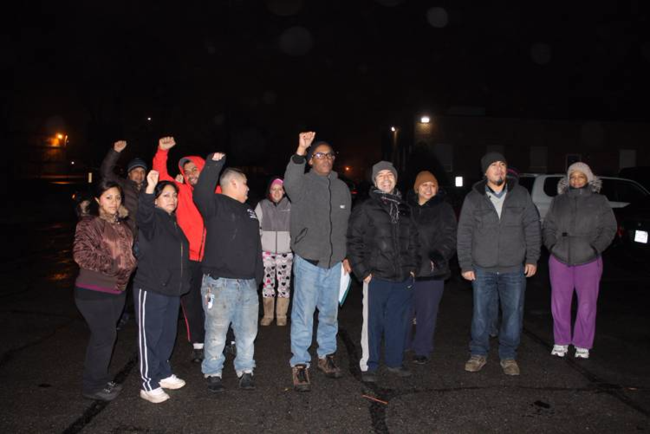 If you live anywhere near the Boston area, you’ve probably heard or read something about the Boston Globe’s recent delivery debacle. Since the newspaper contracted with a new delivery company starting December 28, the entire delivery system collapsed, and subscribers have been puzzled and furious that their daily newspaper has vanished with little explanation and little hope for restoration any time soon.

In my book Undocumented, I included a section on newspaper delivery. I criticized the way workers were classified as independent contractors, meaning that they could receive less than minimum wage and be excluded from workers’ compensation and unemployment benefits. I pointed out that they work 365 days a year, starting between one and four in the morning, could not miss a day of work unless they arranged for their own replacement, and had to drive hundreds of miles a week, paying for their own gas and car maintenance. Finally, I noticed that regardless of the severity of a snow emergency or whether the streets had even been plowed, workers were required to show up for their routes. “It’s a job,” I wrote, “made for an undocumented immigrant.” Indeed, in the Boston area and elsewhere in the United States, immigrants make up a large portion of the newspaper delivery labor force.

I never imagined that a few years later I would be sitting in a room with a half dozen newspaper delivery workers who were demanding a return to the conditions I had described—because the new Boston Globe delivery company, ACI Media Group of Long Beach California, had significantly worsened their working situation. In Lynn, Massachusetts, workers found significant labor and community support for their demands as members of the Lynn Worker Center, the North Shore Labor Council, the New Lynn Coalition, IUE-CWA Local 201, the Lynn City Council and the Lynn School Committee vowed to support their struggle. 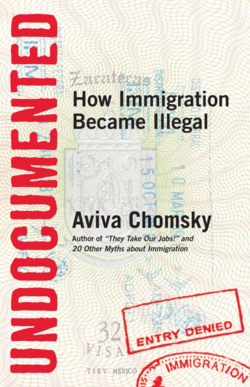 Under the old system, workers (classified as Independent Contractors) for PCF (Publishers Circulation Fulfillment) drove to a distribution center in Lynn where they folded and bagged the Globe, the New York Times, the Wall Street Journal, and various supplements. From there they fanned out around the North Shore, following established delivery routes and distributing the correct paper or papers to each subscriber by seven in the morning. Until about five years ago, the company offered bonuses of $500 to workers who managed to finish the winter season with a minimum number of subscriber complaints. After a 2008 lawsuit, it implemented a system of accident insurance for workers who were injured on the job.

When ACI came in to take over the Globe delivery, the old intensive routes were broken up. The accident insurance disappeared. Now that workers have only one paper to deliver, the routes are significantly longer, which means more driving and more gas. Many workers lost their jobs, and those who were kept on by PCF are also faced with longer routes to deliver the same number of papers, because of the Globe’s decision. ACI also lowered the pay rate per paper delivered (which under PCF varied from sixteen to twenty cents for the daily paper and thirty to fifty for the Sunday paper, depending on the route, with extra for inserts) down to twelve cents per unit. Moreover, ACI consolidated the distribution system, so Lynn and other North Shore workers now have to drive to Woburn to collect their papers. At the old distribution center in Lynn, they folded and bagged their papers inside the facility, with plenty of light, tables, and access to bathrooms. In Woburn, they are forced to do it outdoors in the icy darkness, or awkwardly inside their cars.

Thousands of Globe subscribers are justifiably outraged that they have not had a paper delivered since December 28, that the paper’s customer service system has been as impossible to access as the paper itself, and that the management’s public response has been either celebratory or tepid. I have also been supremely frustrated with the Globe’s and other media coverage of the debacle. Reporters puzzled over the most basic questions, apparently unable to find or ask a worker. When Globe reporters and staff mobilized to deliver the paper themselves on the first Sunday after the crisis began, local and national media responded as if they were heroes for spending a few hours carrying out a task that poor and immigrant workers do invisibly, daily. Finally, many days into the story, a couple of news articles acknowledged what should have been the central story from the beginning: that this was a labor issue. If ACI literally can’t find workers willing to cover their routes, wouldn’t looking at working conditions be a logical place to start investigating a story?

For information regarding protests the workers are organizing and what you can do to support them, check back here, or call the Lynn Worker Center executive (857-277-4072) or the North Shore Labor Council (781-595-2538). You can click here to sign the petition demanding better working conditions for them.

Aviva Chomsky is professor of history and coordinator of Latin American Studies at Salem State College. The author of several books, Chomsky has been active in Latin American solidarity and immigrants' rights issues for over twenty-five years. She lives in Salem, Massachusetts.

If you live anywhere near the Boston area, you’ve probably heard or read something about the Boston Globe’s recent delivery debacle. Since the newspaper contracted with a new delivery company starting December 28, the entire delivery system collapsed, and subscribers have been puzzled and furious that their daily newspaper has vanished with little explanation and little hope for restoration any time soon.