Home About Beacon Press
We're Employees, Not Contractors: Workers Organize to Fight the Gig Economy of Uber
Martin Luther King, Jr. and Rosa Parks on the Dangers They Faced in the Civil Rights Movement

History Repeats Itself in Flint 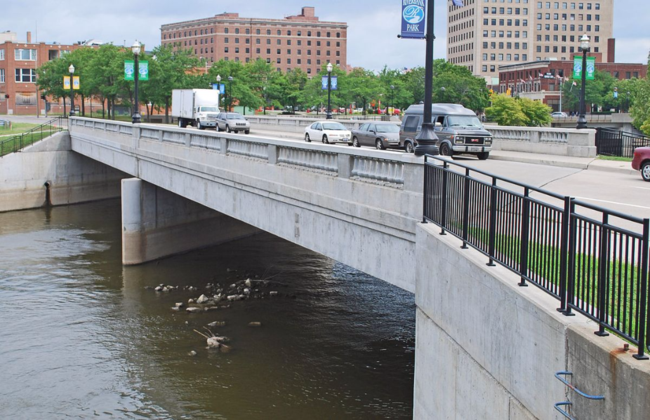 In the tragedy of Flint, Michigan’s lead poisoning crisis, Dr. Mona Hanna-Attisha is one of the heroes. Last September, Hanna-Attisha, director of pediatric residency at Flint’s Hurley Children’s Hospital, stood up at a press conference and presented research suggesting that the city’s water supply was poisoning its children. The number of kids with elevated blood lead levels—five micrograms per deciliter or more—had doubled, she said, and in some neighborhoods, it had tripled.

The initial response to Hanna-Attisha from state officials was to dismiss her research outright and called her comments “unfortunate.” The experience was so upsetting it made her physically sick.

Yet as the country now knows, Dr. Hanna-Attisha was right. Flint’s water is unsafe and it has been since the city, in a 2014 cost-saving measure, switched its water supply to the Flint River. Untreated corrosion in old pipes caused lead to leach into the water. It looked bad. It smelled bad. It tasted bad. And, it turns out, it was bad.

Dr. Hanna-Attisha richly deserves the thanks of Flint residents and the apologies of the government officials who attacked her. She is a credit to her profession.

Why, though, did getting anyone to pay attention in Flint require heroics at all?

America has been here before. We know all about this. Lead is the most studied environmental toxin there is. The dramatic reductions in children’s blood lead levels after lead was finally removed from gasoline in the 1980s count as one of the great public health victories of the twentieth century. The fundamental questions posed by that effort—what constitutes disease, how to measure scientific independence, and how to quantify acceptable risk—echo in every environmental issue of today. Yet we seem to have forgotten much of what we learned from that experience. 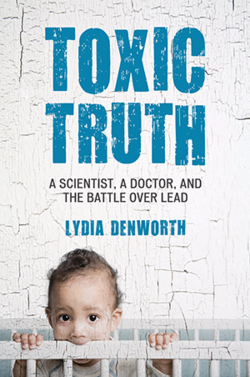 The story of Dr. Hanna-Attisha is eerily similar to the stories of Dr. Clair Patterson and Dr. Herbert Needleman, the dual subjects of my 2009 book, Toxic Truth: A Scientist, A Doctor, and the Battle Over Lead. Patterson was a geochemist focused on determining the age of the Earth. Herbert Needleman, like Hanna-Attisha, was a pediatrician treating inner-city children. In the chemistry lab and in the hospital ward respectively, these two men were among the first to recognize the enormity of the problem of lead—how ubiquitous it was thanks especially to leaded gasoline, and what irreparable harm it was doing to children. They devoted themselves to proving their case and getting people to listen and then to act. For their trouble, they had to defend their careers and their scientific reputations against incredible industrial opposition.

That fight changed the way government deals with environmental toxins. It marked the first time the Environmental Protection Agency put dollar figures to health consequences (using Needleman’s research) in its cost-benefit analysis, which showed that it was far more expensive to keep lead in gasoline than it was to take it out. And afterwards, the Centers for Disease Control aggressively lowered what was then called the “level of concern” for blood lead levels in children from twenty-five micrograms per deciliter to ten. As noted, it’s now five micrograms and no longer called a level of concern because CDC says, “no safe blood lead level has been identified.” Instead, blood lead levels of five micrograms are meant to trigger action, to sound the alarm.

That didn’t happen in Flint at least in part because health records don’t seem to have been kept in a way that made it easy to see the change. Dr. Hanna-Attisha had to dig through her own hospital’s records independently. Furthermore, it seems regular public monitoring of the water supply in accordance with clean water regulations was not appropriately carried out. The tests were incorrectly done.

In the 1970s and 1980s as in Flint today, money was at the heart of the issue. In Flint, as we all know, the city was looking to save money on water. Now, as lawsuits are being filed and the cost of relining the city’s lead pipes is estimated at anywhere from $50 million to $1 billion, that strategy looks short-sighted to say the least.

Nearly ten years ago, when I was working on Toxic Truth, people suggested that the lead story was old news. It wasn’t then and it clearly isn’t now. It’s time to remember everything we learned the first time around about lead. When there are warning signs, attention must be paid. This is one public health issue that’s entirely preventable. Get rid of lead and you get rid of the problem. Thank goodness we have doctors willing to take a stand, but that should never be necessary.

If anything good comes out of Flint, let it be that America is inspired to finish the job of eradicating lead exposure once and for all.

Lydia Denworth is a Brooklyn-based science writer. She is the author of two books, and writes the Brain Waves blog for Psychology Today. Her work has appeared in Scientific American Mind, Newsweek, Time.com, the Wall Street Journal and many other publications. Follow her on Twitter at @LydiaDenworth and visit her website.

History Repeats Itself in Flint

In the tragedy of Flint, Michigan’s lead poisoning crisis, Dr. Mona Hanna-Attisha is one of the heroes. Last September, Hanna-Attisha, director of pediatric residency at Flint’s Hurley Children’s Hospital, stood up at a press conference and presented research suggesting that the city’s water supply was poisoning its children. The number of kids with elevated blood lead levels—five micrograms per deciliter or more—had doubled, she said, and in some neighborhoods, it had tripled.