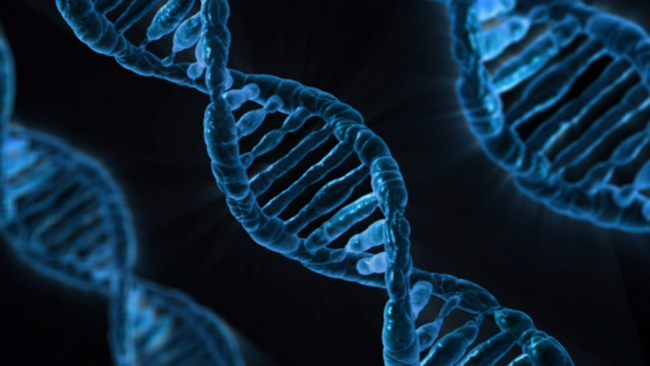 As a genealogist, DNA has intrigued me ever since its first promotion as a consumer product in 2003. That was the year Dr. Rick Kittles launched African Ancestry, a company that specializes in uncovering the genetic origins of people of African descent. It marked twenty-eight years into my personal research into a family tree that winds from the backwoods of Mississippi and Alabama through a Great Migration terminus in Chicago. All along the way, one thing I longed to know more than anything else was the root of my continental African origins. This was in spite of the tangled morass of genes that include a copious assortment of Europeans that resulted in me looking more white than many white people I know.

This week, as I read The Social Life of DNA: Race, Reparations, and Reconciliation After the Genome (Beacon Press, 2016) by Alondra Nelson, my curiosity was rewarded in spades. To say this book is fascinating would be a gross understatement. In a short 166 pages, Nelson deconstructs the double helix of DNA as she “tells the compelling, unexpected, and still unfolding story of how genetics came to rest at the center of our collective conversation about the troubled history of race in America.” In the process, she sheds light on the people, places, and subjects I have studied for a lifetime but never before been able to make adequate sense of in relation to my individual and communal genealogical mission.

Like many people, especially those engaged in genealogical research, my relentless quest is fueled by a longing to know: Who am I? Where did I come from? What were my ancestors like? What have I inherited from my predecessors? What does that mean in our world today? Nelson addresses that longing by saying “Genetics has become a medium through which the unsettled past is reconciled.” And then, she goes further: “…DNA has become an agent in the politics of repair and reconciliation; it is sought after as communal balm and social glue, as a burden of proof and a bridge across time.”

As far as I know, African Americans are the only people in the world who were transmogrified. We started off as people rooted in established communities bonded by family ties, shared culture and language. Via the Middle Passage and its ensuing horrors on American shores, we ended up as dehumanized chattel, disconnected and lost from our origins.

After reading Nelson’s book, I wanted to know even more. Thanks to Beacon Press, I had the opportunity to interview the author for further insights.

On her personal genealogical efforts, Nelson said, “The results of my family research have been both enlightening and heartening. Ever since I was a little girl, I was the person in my family who was insatiably curious about genealogy and was willing to do the research. One great discovery was a profile in The Times-Picayune newspaper of my paternal great-great grandmother Cora on the occasion of her 100th birthday. I also learned more about my paternal Jamaican roots. My quest to find my ancestors is one of the inspirations that led me to become a scholar.” 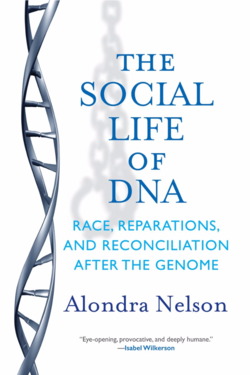 On DNA, Nelson says: “Genetic testing is a different kind of knowledge and history from conventional genealogy. It may be complimentary to archival research, but the genetic and archival puzzle pieces don’t necessarily connect to one another.

“In my own case, I had my mitochondrial DNA analyzed and received an inferred connection to the Bamileke people of Cameroun. While this information hasn’t been transformative for me, it made me think a lot more about Cameroun and pay attention to current events there. I shared these results with my parents and my mother’s ensuing efforts led to our family being connected with a Camerounian family here in the United States.”

In spite of that positive outcome, “There is much to criticize about genetic ancestry testing companies, including a lack of transparency about their proprietary databases and the inability to verify or replicate results—a hallmark of scientific research. Consumers are left to accept companies’ claims as to the size and robustness of their databases and the relevance of their results. However, in my research, I found that the possibilities of what they offer imbue people with an incredible amount of hope.”

So what, I asked, is the outlook for how DNA can contribute to conversations about racial reconciliation? Nelson responded by saying, “In the reparations class action suit I write about, the courts want more specific genealogy than what genetic ancestry testing can currently offer. Getting to a place where there is not a gap between archival research and genetic testing would be a definite improvement. We may never be able to get over the technical hurdles, but the even more salient issues are historical amnesia and ideological barriers. The idea of racial reconciliation involves philosophical, ethical, and spiritual considerations and not merely technical ones. The era of plantation slavery was unjust and is cemented into very foundation of the United States. We need to be willing to have a national conversation that encompasses all of these facets—perhaps encouraged by legislation—that will allow social healing to take place.”

Nelson’s advice is: “Genealogy is one way to shine a bright light on racial slavery and its contemporary manifestations and to show that both whites and blacks share this bitter inheritance. Do your paper research and, if you are so inclined, get your genetic ancestry testing results. When genetic analysis of African diasporic remains were pioneered at the African Burial Ground in Lower Manhattan, many hoped that genetic testing might become a ‘public good’—available for free and disseminated to all who were interested. Maybe that is one way—with a transparent and robust scientific process and ethical safeguards in place—to catalyze this most necessary conversation.”

Back to my own story. When I wrote Gather at the Table: The Healing Journey of a Daughter of Slavery and a Son of the Slave Trade (Beacon Press, 2012), my goal was to heal from the ravages of slavery that continue to plague America today in the form of huge disparities in health, wealth, and life expectancy, rates of which are all significantly lower for blacks than whites. I united with a most unlikely co-author, Tom DeWolf, a descendant of the most successful slave trading dynasty in American history.

Like Nelson, DNA testing for family members who are direct line descendants of people I know were enslaved eventually took me back to Africa. One male line landed in the Mandinka tribe of West Africa. A female line traced back to the Makua tribe of the East. (Tom was disappointed in his testing because he did not find even “one drop” of African genes in his family tree.)

Even though my book was a profound and rewarding exercise in individual transformation, I still need a way forward for how to use my learnings for social benefit in support of my belief that we “empower our future by honoring our past.” Alondra Nelson has given wings to that ambition.

My disclaimer is that I continue to be paranoid about the possibilities of DNA being used as a pejorative measure of social value for black people. Knowing America’s history, it is not possible for me to unequivocally advise DNA testing for all.

The best I can say is: READ THIS BOOK!

Sharon Leslie Morgan is a nationally recognized pioneer in multicultural marketing and co-author of Gather at the Table: The Healing Journey of a Daughter of Slavery and a Son of the Slave Trade (Beacon Press, 2012). An avid genealogist, she blogs extensively and is the founder of OurBlackAncestry.com, a website devoted to African American family research.

As a genealogist, DNA has intrigued me ever since its first promotion as a consumer product in 2003. That was the year Dr. Rick Kittles launched African Ancestry, a company that specializes in uncovering the genetic origins of people of African descent. It marked twenty-eight years into my personal research into a family tree that winds from the backwoods of Mississippi and Alabama through a Great Migration terminus in Chicago. All along the way, one thing I longed to know more than anything else was the root of my continental African origins. This was in spite of the tangled morass of genes that include a copious assortment of Europeans that resulted in me looking more white than many white people I know.