Each Cover Design a Collection of Small Stories

Each Cover Design a Collection of Small Stories

Life as Jamie Knows It is one of the first covers I designed for Beacon, and still one of the covers I’ve presented the most ideas for (only a handful are pictured here). Michael Bérubé provides his reflections on raising his son, Jamie, who has Down syndrome, as his son transitions into adulthood. Several important moments in their relationship take place at a public pool, which is why I was drawn to a blue palette. I also wanted to convey a sense of peeking into this young man’s life and identity; he isn’t summed up by any single part of him, least of all an irregularity in his chromosomes. One of my favorite elements of this cover is a sample of Jamie’s art in the bottom-right corner of the cork board. Read more →

Posted at 04:08 PM in At the Broken Places, Life as Jamie Knows It, Scriptorium | Permalink | Comments (0)

Trump and the Presents Clause

Trump and the Presents Clause

By Jay Wexler | As someone who has written a book about the “odd clauses” of the Constitution, I always find it exciting when some weird and heretofore unnoticed clause starts grabbing some of the nation’s headlines. This time it’s the so-called Emoluments Clause of Article I, Section 9 (I think it should be called the “Presents Clause” but I’ll get to that), which prohibits anyone holding “any Office of Profit or Trust” from accepting “any present, Emolument, Office, or Title, of any kind whatever, from any King, Prince, or foreign State.” The news media has been reporting for well over a month that Donald Trump’s extensive business network puts him in danger of violating this clause; and on Monday a group of extremely prominent legal experts filed suit in federal court claiming that Trump has already violated this constitutional provision. Read more →

In Praise and Defense of America’s Public Schools

In Praise and Defense of America’s Public Schools

By Meryl Streep: When we think about our days in school, we often recall a particular teacher who made the most difference in our lives. For me, it was my music teacher, Claire Callahan. I was in high school and thought she was inconceivably old—something like twenty-four. She was a guitar student of Andrés Segovia. She didn’t have enough money for her lessons, so she came to my suburban school in New Jersey and taught music. She was absolutely amazing. Teachers perform major miracles in America, daily. My interest in public education comes from the respect I have for what teachers do and is very personal. Read more →

Black Bodies Matter: How the Enslaved Were Valued and Devalued in History

Black Bodies Matter: How the Enslaved Were Valued and Devalued in History

A Q&A with Daina Ramey Berry: Since the early twentieth century, when trained historians and economists wrote about the institution of slavery, many included the monetary values of “prime male field hands” in their work. They argued that these individuals were the most valued and quantifiable members of the plantation community, and that by tracking their prices one could analyze the profitability of the institution. I was always struck that few scholars provided historical context for these prices and that women, children, and the elderly were rarely included. I also knew that enslaved people had very different conceptions of their value. Read more →

Posted at 05:19 PM in Christian Coleman, Daina Ramey Berry, History, Race and Ethnicity in America, The Price for Their Pound of Flesh | Permalink | Comments (0)

Donald Trump gets sworn in today as commander in chief. His approval rating speaks to the myriad doubts, concerns, and fears many have about what he and his administration will do during his term in the White House. We reached out to a few of our authors to ask if they wanted to share what they want Trump to know, understand or beware of. On Inauguration Day, we share their responses with you. Read more →

The Work of Publishers in an Authoritarian Age

The Work of Publishers in an Authoritarian Age

By Tom Hallock | We, as publishers, have important work to do in protecting an open, democratic society that is now under increasing threat. The threat has been growing after decades of disturbing illiberal trends: the growth of corporate power, a widespread anti-intellectualism, the rise of social media echo chambers, pervasive racism, and partisan attacks on the nature and purpose of government. Now we are about to inaugurate a president whose election is a product of these trends, a man whose public statements have been true only fifteen percent of the time according to Politifacts and who regularly disparages science, expert advice, the media, and his critics. As Robert Reich points out, these are the tactics of demagogues. In the face of these threats, publishers have urgent work to do. Read more →

Yesterday, we released labor activist Steve Early’s Refinery Town: Big Oil, Big Money, and the Remaking of an American City. In Refinery Town, Early tells the story of Richmond, California, once a prototypical company town, dominated by the Chevron Corporation, with one of the highest homicide rates per capita in the country. Its jobless rate was twice the national average. Beset by deindustrialization, poverty, pollution, poorly funded public services, drug trafficking, corruption in City Hall and more, Richmond’s largely nonwhite, working-class citizens came together to rise against the status quo and corporate power. Read more →

Martin Luther King, Jr. Speaks Out on the Limits of Northern Liberalism

Martin Luther King, Jr. Speaks Out on the Limits of Northern Liberalism

By Jeanne Theoharis: While Martin Luther King and Rosa Parks are typically associated with the South, both spent a great deal of their lives challenging the racism of the Jim Crow North. Yet this part of their history is repeatedly ignored. Parks described the Detroit she moved to in 1957 as the "Northern promised land that wasn't" and spent the next four decades challenging the segregation and inequality endemic to the city. Read more →

Which Side Are You On?: A Speech Against Climate Science Denial and Post-Truth Politics

Which Side Are You On?: A Speech Against Climate Science Denial and Post-Truth Politics

Some of you have heard me say this before. I’ve said it many times, and I’m going to keep on saying it, because it’s true: Given what scientists know, and have known for decades, about climate change—indeed, given what Exxon Mobil has known for decades about climate change—to deny the science, deceive the public, and obstruct any serious response to the climate catastrophe, is to ensure the destruction, the eradication, of entire countries and cultures; and the suffering and death of untold millions of human beings. There’s a word for this. These are crimes. And they’re not just financial crimes. They’re not just crimes against shareholders. They’re crimes against humanity. Read more →

Posted at 12:26 PM in Activism, Environment and Conservation, Now More Than Ever, Politics and Current Events, Wen Stephenson, What We're Fighting For Now Is Each Other | Permalink | Comments (1)

A Q&A with Damian Duffy | It was an honor and a privilege for John and me to be the first to adapt Octavia Butler’s work to a visual medium. It was also, in equal measure, nerve wracking, exhausting, terrifying, and humbling. It was easily the most difficult comics work either of us have done up to this point, in no small part because we felt the need to do justice to the story, honor Butler’s legacy, and produce a work that would be enjoyable to both fans of the novel and new readers. Read more →

Posted at 05:01 PM in Christian Coleman, Feminism, Gender, and Sexuality, Kindred, Literature and the Arts, Race and Ethnicity in America | Permalink | Comments (0)

The salvation of unions, and more generally, of the US working class, resides not in struggling to fix a broken national Democratic Party that repeatedly has betrayed workers, but in joining with allies to fight the coming Trump onslaught—and then to go beyond that to define a bold, unapologetic vision of society and economy, one that inspires millions of workers to engage and take action. This fight isn’t about blue states vs. red states, urban vs. rural, immigrant vs. native-born—all false frames that are intentionally deployed to divide and weaken working people—but about the 99 percent against the billionaire class and their political allies. It’s a fight about power and our societal values. Read more →

Posted at 03:46 PM in Activism, American Society, Beyond $15, Jonathan Rosenblum, Now More Than Ever, Politics and Current Events | Permalink | Comments (0)

I Knew Him as “Granddaddy”: Martin Luther King, Sr. and His Influential Legacy

I Knew Him as “Granddaddy”: Martin Luther King, Sr. and His Influential Legacy

The world knew him formally as the Reverend Dr. Martin Luther King, Sr. Many knew him affectionately as “Daddy King.” I knew him simply as “granddaddy,” but all who were acquainted with his presence respected this influential man of God. As new generations of Americans become familiar with the life of my grandfather, they will better appreciate how my uncle, his son, Martin Luther King, Jr., evolved into one of the most influential leaders of the twentieth century. In fact throughout my uncle’s life, my grandfather played a key role in allowing my uncle to retain the financial and political independence necessary for him to be at all times an uncompromised public servant. Read more →

The life of a publicist is varied. Most of my days are spent pitching media, writing press releases/press materials, answering phone calls, coordinating interviews, scheduling author events, and more. In addition to answering emails, I generally try to start each morning reading and skimming around ten to twelve different news sources (my favorites right now are the Washington Post, the Nation, and the Atlantic) to see what’s going on in the world and if there are any writers talking about specific issues pertinent to my books. Read more →

I had hoped that the Obama administration would support a broad anti-racist, anti-war, and environmental justice movement built from the bottom up. I understood he was commander in chief of US imperialism, and only a powerful movement rooted in Black and Latino communities with a transformative political program could transform our society as part of an international, anti-imperialist movement. But the transformative movement I envisioned has not happened. It is not President Obama’s fault that our Movement does not exist, but our challenge is to figure out why and from there try to rebuild one. Read more →

Posted at 02:32 PM in Activism, Eric Mann, Now More Than Ever, Playbook for Progressives, Politics and Current Events | Permalink | Comments (0) 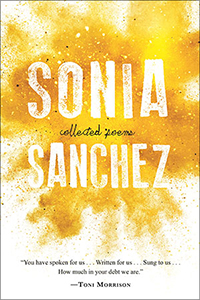