The fifteen-year-old girl told me she was open to learn about different religions and cultures so I could not resist asking: “Would you ever want to see the inside of a mosque?” The girl shook her head as she chatted with me and her mother in a donut shop in their southeast Texas town. She had just quit her high school in favor of homeschooling because she and her parents objected to the geography teacher’s instruction about Islam as part of a broader lesson on world religions. Read more →

Beyond Hammers and Nails: A Cross-Examination of Zach Fardon’s Policy Vision

Beyond Hammers and Nails: A Cross-Examination of Zach Fardon’s Policy Vision

Wielding only hammers, law enforcement executives often treat the world as if it were made of nails. Within the Chicago Police Department, this limited worldview has led to fatal flaws in departmental strategy and culture. Some of these flaws were documented in a 164-page report by the United States Department of Justice, which drew on meetings with “over 340 Chicago Police Department members and 23 members of the Independent Police Review Authority.” The report covers a litany of civil rights violations by the Chicago Police Department, with a primary focus on its “pattern or practice of unconstitutional use of force.” It calls for deep reforms to support everything from officer wellness to community-focused policing which, not incidentally, are deeply linked. Read more →

Posted at 04:59 PM in American Society, Politics and Current Events, Race and Ethnicity in America, Ryan Lugalia-Hollon, The War on Neighborhoods | Permalink | Comments (0)

The Value of Seeing Wisely: A Western Pediatrician’s First Day of Rounds in a Tanzanian Hospital

The Value of Seeing Wisely: A Western Pediatrician’s First Day of Rounds in a Tanzanian Hospital

To Carin’s eyes, some of the children looked as if they wouldn’t last the night; rail thin, they had the faraway gazes of prison inmates. A few children did indeed look well, but Sakweli made no move to discharge them. Odd. The ward was full; shouldn’t they discharge these healthy children to make more room? Read more →

Posted at 05:24 PM in A Surgeon in the Village, Biography and Memoir, Science and Medicine, Tony Bartelme | Permalink | Comments (0)

Why Beacon Press Took the Risk to Publish “The Pentagon Papers”

Why Beacon Press Took the Risk to Publish “The Pentagon Papers”

On August 17, 1971, Beacon publicly announced that it would publish The Pentagon Papers. Nobody on staff was naive about what such a commitment entailed: “A Beacon spokesman said yesterday the Gravel book is the biggest venture in the history of the small publishing firm.” The papers represented the “biggest venture” in Beacon’s long history on many levels. For starters, the papers in their submitted form—a “great container full of stuff”—presented an editorial nightmare. The manuscript that antiwar activist Leonard Rodberg brought in was composed of more than 7,000 pages of “original transcripts.” Read more →

By now you’ve probably seen the video. The one of White American South Korean expert Robert Kelly being interrupted by his two children while he was in the middle of a live interview on the BBC. The video immediately went viral because it was just so funny seeing not one, but two kids photo bomb dad’s very important and very serious television appearance, followed by a harried woman literally swooping in to save the day by hauling the kids out of the room and slamming the door behind her. Oh, it was funny indeed. And Kelly’s four-year-old daughter, whom we now know is named Marion, became an instant Internet star. Read more →

Trump, the presidential candidate, was basically a “paleoconservative.” He adhered to nationalism, free markets, and moral traditionalism. He supported a strident form of anti-immigrant politics, an isolationist foreign policy, and a deep skepticism toward economic globalization that put him at odds with an important element of the business agenda. Trump, the president, has assembled an administration comprised of a coalition of the secular, Christian and xenophobic right. Some say it is the widest rightwing coalition ever assembled by an American president. And it is far more radical than anyone would have believed after the election. Read more →

Posted at 02:25 PM in American Society, Arlene Stein, Now More Than Ever, Politics and Current Events, The Stranger Next Door | Permalink | Comments (0)

The Trump Administration, Bathroom Litigation, and the Future of LGBT Rights

The Trump Administration, Bathroom Litigation, and the Future of LGBT Rights

By Carlos A. Ball

Grimm’s lawsuit, and other cases like it such as the challenge to North Carolina’s so-called transgender bathroom law (also known as House Bill 2), is of great importance, because it addresses the question of whether transgender individuals are legally entitled to do something that everyone else is permitted to do, namely to use bathrooms (and similar facilities such as changing rooms) that match their gender identity. But cases like Grimm’s raise an even more fundamental and important question: whether federal law protects sexual and gender-identity minorities from discrimination to begin with. Read more →

Happy publication day to labor organizer Jonathan Rosenblum and Beyond $15: Immigrant Workers, Faith Activists, and the Revival of the Labor Movement! As recently as 2013, the call for a $15/hour minimum wage became a resounding rally cry against growing income inequality in the US. In Beyond $15, Rosenblum captures the inside story of the first successful fight for a $15 minimum wage. Just outside Seattle, an unlikely alliance of Sea-Tac Airport workers, union and community activists, and clergy staged face-to-face confrontations with corporate leaders, uniting a diverse, largely immigrant workforce in a struggle over power between airport workers and business and political elites. The workforce was made up of employees from Somalia, Ethiopia, Ukraine, Mexico, the Philippines, Iran, Iraq, India and other countries who joined forces with Christian and Muslim leaders. Rosenblum was director of the Sea-Tac campaign for the Services Employees International Union. Read more →

When It Comes to Gorsuch, Ask Him a Question He Can’t Refuse

When It Comes to Gorsuch, Ask Him a Question He Can’t Refuse

By all accounts, it would seem that when hearings begin this month on Neil Gorsuch’s appointment to the Supreme Court, the American people will once again be subjected to a charade. Democratic Senators will ask probing questions of the nominee, seeking to understand his approach to constitutional interpretation, and Judge Gorsuch will decline to answer them, claiming that he cannot signal how he will vote in cases that might come before the Court. A couple of days will go by, and at the end, nobody will know anything more about the nominee than what they can already learn from his Wikipedia page. Read more →

Be Bold For Change: A Women’s History Month Reading List

Be Bold For Change: A Women’s History Month Reading List

Today is International Women’s Day, a global day to honor and celebrate the social, economic, cultural, and political accomplishments of women. Observed since the early 1900s, it marks a call to action for accelerating gender equality. This year’s campaign theme, #BeBoldForChange, implores us to help build a more inclusive, gender-equal world. It also coincides with the “Day Without a Woman” general strike, organized to bring attention to the inequalities women still face, including lower wages, vulnerability to discrimination, sexual harassment, and job insecurity. Women in thirty-five countries are participating in the strike. Read more →

Makeover of the Heart Behind Bars: The Roles of Prison Ministries and Faith in Our Justice System

Makeover of the Heart Behind Bars: The Roles of Prison Ministries and Faith in Our Justice System

A Q&A with Tanya Erzen | I taught a college course on women and citizenship in US History in a women’s prison in 2003 in New York City, Bayview Correctional Center. The prison has since closed and will house a women’s organization that works on global women’s issues. I noticed that during that time, the majority of people I saw coming into the prison, aside from family members and loved ones of those incarcerated, were religious volunteers, and I became curious about the presence of religious groups inside. It was around that time that a colleague sent me an article about Florida transforming its state prisons into faith-based character institutions. Since I write about evangelicalism and religion in general, I wanted to explore how people in prison experience the presence of so many religious groups. Read more →

Beacon Behind the Books: Meet Kennia Joseph, Assistant to the Associate Publisher

Beacon Behind the Books: Meet Kennia Joseph, Assistant to the Associate Publisher

I vividly remember sitting on my bed my sophomore year in college trying to figure out what I wanted to do with my life, because law school didn’t seem like an amazing option at that time. I remember asking myself, “Self, what do you want to do? What do you like to do?” Insert long story about how I’m a reader/writer and I exhausted most options because I couldn’t see myself doing anything besides being around books and helping them—help in the sense that I thought books weren’t being marketing to their full potential online or in bookstores, and the industry needed help with diversity in both literature and staffing. I found Beacon after I finished my publishing program. I really just wanted a change and to work for a company whose mission I could get behind and one that would help me continue learning after graduating. Read more →

When I first heard the good news on February 3 that U.S. District Court Judge James L. Robart had slapped a restraining order on Trump’s travel ban, I texted a labor attorney friend: “Goodness—Judge Robart! Am I obliged to like him now?” You see, while millions of people are applauding Judge Robart for upholding the Constitution and blocking xenophobia, some of us have had a very different experience in his Seattle courtroom. Back in 2012, SeaTac Airport workers were hauled before him by attorneys for Alaska Airlines and the Port of Seattle. By the time they left Robart’s court, they had been stripped of basic workplace rights. Read more →

Posted at 02:52 PM in Activism, American Society, Beyond $15, Jonathan Rosenblum, Now More Than Ever, Politics and Current Events | Permalink | Comments (0) 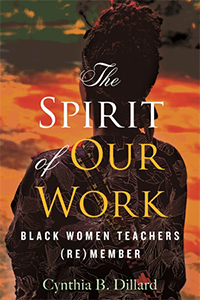 Now on Sale: The Spirit of Our Work