Home About Beacon Press
Previous month:
March 2019
Next month:
May 2019

A Q&A with Jimmy Santiago Baca | The boundaries of a poem can be as close as your nose or distant as the farthest star. If you preempt the poem, you impose limits, and hence your subject. Approach the matter with an open heart and allow it to designate the environment in which you’ll be traveling. Flow with the sounds, flow with the images, flow with being boundless, flow with loving what you encounter no matter how foreign it may seem at first, teach yourself to know nothing until you learn what it is you’ve encountered. Read more →

Posted at 05:41 PM in American Society, How to Love a Country, Jimmy Santiago Baca, Literature and the Arts, Richard Blanco, When I Walk Through That Door, I Am | Permalink | Comments (0)

While reading The Condemnation of Little B by Elaine Brown for a class, I saw that Beacon had published it and remembered a friend telling me about the organization and her great experience interning at Beacon. The Condemnation of Little B is one of the best and one of the most unorthodox books I have ever read. It combines memoir, investigative journalism, and history into a cohesive and rousing book, detailing the societal and historical events leading up to the arrest and incarceration of Michael Lewis. I knew that any publisher willing to publish such an unusual book with such pointed critiques of typically deified historical figures was exactly the type of publisher I wanted to work for. Read more →

A Q&A with Sasha Pimentel | I learned early on that a poet doesn’t start a poem, nor a book, with an idea. Following ideas stunts a poet from following associations in repeating sounds (rhyme, anaphora, assonance, etc.), or repeating imagery, which is how language startles us into the territory of the unexpected. Which is often where a poem will most dare, or risk. Read more →

Posted at 01:36 PM in Christian Coleman, For Want of Water, Literature and the Arts, Race and Ethnicity in America, Sasha Pimentel | Permalink | Comments (0)

I only realized publishing was a career path much later in my life—halfway through my undergrad degree in business administration, in fact. I’d always been a creative kid, but I never realized that the books I hoarded so ardently could be something that I could actually dedicate a career to. I finished up that business degree and went on to an apprenticeship program in an academic publishing house, where I trained in all their departments: editorial, production, accounting, etc. I was senior marketing executive there by the time I left, four years later, to do my masters in publishing at Emerson College. Read more →

I’ve always had a passing interest in publishing going as far back as my last couple years of high school when I joined (and then became the editor in chief of) my high school newspaper. And then when I was in college, I became a staff writer at our college paper in my first year and worked my way up to copyeditor in my last couple of years while working part time as an assistant at a boutique publishing house. Read more →

A Q&A with Dominique Christina | When I got into poetry, I was just trying to expel my own ghosts. No lofty notions about saving the world or addressing the ills therein. I just didn’t want to get off the planet with all of those skeletons hanging on my neck. I realized pretty quickly, though, that my personal traumas reflected my/our historical traumas, and in that regard, whatever medicine I am offering to myself, I am also hoping to speak into the dis-ease in such a way that there is balm enough for all of us. Read more →

By Rebecca Todd Peters | Imagine a society with widespread stillbirths, miscarriages, and genetic deformities linked to sabotage and accidents at nuclear facilities, chemical and biological toxins leaking into the water supply, and the uncontrolled use of chemical insecticides and herbicides. Imagine now that in addition to dropping birth rates from this environmental apocalypse, a new strain of syphilis and rapidly increasing death rates from AIDS wipe out large segments of young, sexually active people from the reproductive pool. Could you imagine that in such a world, the fertility of the ruling class becomes so completely compromised by these disasters that many women can no longer conceive and bear children and the whole social order threatens to fall apart? Read more →

By Jeanne Theoharis | At the urging of both E. D. Nixon and Virginia Durr, in the summer of 1955, Parks decided to attend a two-week workshop at the Highlander Folk School entitled “Racial Desegregation: Implementing the Supreme Court Decision.” The Durrs had worked with Nixon on various civil rights cases, and on Nixon’s recommendation, Parks had started sewing for the Durr family, one of Montgomery’s most liberal white families Read more →

When I was looking for my first job in 1989, I knew I wanted to work in Boston but hadn’t decided on a specific career path. I applied to be an administrative assistant at several companies and chose Houghton Mifflin, partly because my grandfather had worked for the company in the 1930s as a printer operator. I was drawn to the legal and financial aspects of the business and worked in various roles that helped me further my career with the company and later to run my own freelance publishing services business. I kept in touch with many of my wonderful colleagues, including Cliff Manko. Read more →

Posted at 10:49 AM in Beacon Behind the Books, Beacon Staff, Jill Dougan | Permalink | Comments (0)

By Ben Mattlin | In early March, an angry, dysfunctional couple spewed their venom on the Dr. Phil show. That’s not unusual. What was, however, was that the young man—Bailey—was quadriplegic and the young woman—Harley—was not. She was the principal provider of his personal care.“You can be his caregiver or you can be his lover. You can’t be both,” declared the host, whose full name is Phillip Calvin McGraw and who holds a PhD in clinical psychology from the University of North Texas but is not actually a medical doctor. “This won’t work,” he concluded. “One hundred out of one hundred times, this won’t work.” Read more →

Posted at 05:53 AM in American Society, Ben Mattlin, Disability, In Sickness and In Health | Permalink | Comments (0)

Posted at 08:50 AM in American Society, Bullets into Bells, Literature and the Arts, Now More Than Ever, Politics and Current Events | Permalink | Comments (0)

By Michael Coogan | Throughout history, many groups have thought of themselves as divinely chosen, exhibiting what has been called a “holy nationalism.” For the ancient Egyptians, the divine gift of the annual inundation of the Nile was proof they had been specially chosen; the Egyptians’ neighbors, whom they called “the vile Asiatics,” had clearly not been chosen, because their equivalent of the dependable Nile was unpredictable rain. Roman poets such as Virgil and Ovid celebrated the divine plan that had brought Aeneas from the burning ruins of Troy to Italy, from where eventually the emperor Augustus would rule the Mediterranean world. But one ancient people’s claim of divine chosenness has profoundly affected religious and political self-identification for thousands of years, especially in the West: the biblical view that God, the only God, has a favorite people, the Israelites. Read more → 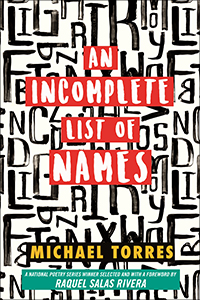