We did it! We made it to the finish line of another plague year! Just a few more weeks left. Even though it’s not New Year’s Eve yet, uncork some bubbly to celebrate. We earned it. Our big wish for the new year: no more COVID variants. Delta, Mu, Omicron . . . Worst. Upgrades. Ever. Before we slam the door on 2021, we need to applaud and thank our authors and staff for the blog posts they wrote for the Broadside. Read more →

A Q&A with Aviva Chomsky | The United States has tried to remake Central America in its own (US) interests and in the interests of US corporations, time after time. During the 1970s and 80s, Central Americans rose up in protest against a system that dispossessed peasants from their land in favor of big plantations and export agriculture enforced by US-supported militaries and police. Nicaraguans won their revolution in 1979, toppling the US-supported Somoza dictatorship. Read more →

Will Biden’s Central American Plan Slow Migration (or Speed It Up)?

Will Biden’s Central American Plan Slow Migration (or Speed It Up)?

By Aviva Chomsky | Joe Biden entered the White House with some inspiring yet contradictory positions on immigration and Central America. He promised to reverse Donald Trump’s draconian anti-immigrant policies while, through his “Plan to Build Security and Prosperity in Partnership with the People of Central America,” restoring “US leadership in the region” that he claimed Trump had abandoned. For Central Americans, though, such “leadership” has an ominous ring. Read more → 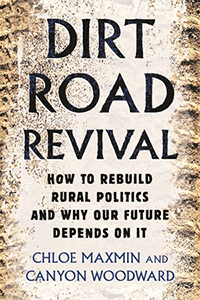