I had hoped that the Obama administration would support a broad anti-racist, anti-war, and environmental justice movement built from the bottom up. I understood he was commander in chief of US imperialism, and only a powerful movement rooted in Black and Latino communities with a transformative political program could transform our society as part of an international, anti-imperialist movement. But the transformative movement I envisioned has not happened. It is not President Obama’s fault that our Movement does not exist, but our challenge is to figure out why and from there try to rebuild one. Read more →

Posted at 02:32 PM in Activism, Eric Mann, Now More Than Ever, Playbook for Progressives, Politics and Current Events | Permalink | Comments (0)

On Facebook, Beacon Press is giving away 12 chapters of Playbook for Progressive, an organizing manifesto for the twenty-first century. Read more →

A new manifesto for the twenty-first century from a veteran social organizer. Read more →

Posted at 11:05 AM in Activism, Eric Mann, Playbook for Progressives | Permalink | Comments (0) 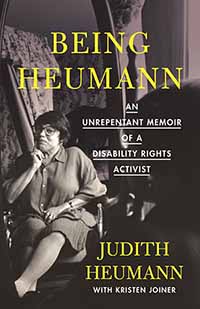 Now on Sale: Being Heumann