2 posts categorized "How to Be a Muslim"

This year’s theme for Asian American and Pacific Islander Heritage Month is Advancing Leaders Through Purpose-Driven Service. Beacon Press views their writers as leaders, charting the way to a better future with uncovered histories, cultural commentary, and more. Which is why, as AAPI Heritage Month wraps up, we’re putting the spotlight on the work of our Asian American writers. The following list of recommended reads—by no means exhaustive—honors their work and contributions to our society and American history at large. Read more →

By Haroon Moghul: Ever notice how, when a disturbed young Muslim commits an act of violence, it’s immediately blamed on his religion—but when a disturbed white and non-Muslim man commits an act of violence, it’s because he’s a “loner,” “disturbed,” or “troubled”—even when there are clear indications he is motivated by and sees himself as part of a transnational network of extremists? The way the media portrays Muslims, you’d think we are immune to any kind of mental trauma, or that our actions can only ever be motivated by religion. But Muslims are human beings (surprise!). Our minds work like everybody else’s. We are susceptible to the same weaknesses, and liable to go through the same pains and traumas. Read more →

Posted at 02:27 PM in Biography and Memoir, Haroon Moghul, How to Be a Muslim, Religion | Permalink | Comments (0) 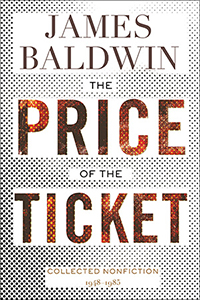 Now on Sale: The Price of the Ticket