Beacon Press Authors Reflect on the 50th Anniversary of Stonewall

Beacon Press Authors Reflect on the 50th Anniversary of Stonewall

Today marks the fiftieth anniversary of the Stonewall riots. We reached out to some of our authors to reflect on the impact of this landmark and turning point in the centuries of queer history in America and the ongoing fight for queer equality. We share their statements with you below. Read more →

A few years ago I had the privilege of serving as a French-speaking interpreter for a group of refugees, many of them survivors of torture, who were seeking asylum in the United States. Most of the immigrants I worked with were from war-torn regions of Africa. They all happened to be Muslim. In recent weeks, with the issuing of a travel ban against seven predominately Muslim countries and news of many immigrants being deported, I have been thinking constantly about the men and women I worked with, especially one young man whom I’ve called Siba in my recent book All the Rage: A Quest. Read more →

Posted at 04:14 PM in All the Rage, Biography and Memoir, Literature and the Arts, Martin Moran, Politics and Current Events, Queer Perspectives | Permalink | Comments (0)

On the Road to Mandela and Forgiveness

On the Road to Mandela and Forgiveness

By Martin Moran | Tommy and I were on the outskirts of Johannesburg, zooming past vacant lots and former gold mines on our way to a large cheetah preserve. It was our third day together and I was especially excited. This being Africa, I had to squeeze in a safari! I’d found out about a large animal preserve not far from the city that offered excursions promising large cats and wild dogs, zebras and ostriches and all manner of wildlife. Since I’d made my reservation for the tour, a vision kept washing over me—a perfect moment tripping upon primordial Africa, a glimpse of a nature-filled Eden. Read more →

Posted at 03:45 PM in All the Rage, Biography and Memoir, Literature and the Arts, Martin Moran, Queer Perspectives | Permalink | Comments (0)

“Nice is OK. But let’s admit it: anger is awesome.” That’s what playwright and actor Martin Moran says in his one-man play All the Rage during a scene in which he recounts the time he watched a well-dressed woman on a Manhattan corner scream murderously at an aggressive Humvee driver. “That woman is full of poison,” he goes on to say, “and I need to drink some of that.” Read more →

Posted at 02:11 PM in All the Rage, Biography and Memoir, Featured, Literature and the Arts, Martin Moran, Queer Perspectives, Science and Medicine, The Tricky Part | Permalink | Comments (0)

According to the Center for Disease Control and RAINN (Rape, Abuse, & Incest National Network), one in five women have experienced completed or attempted rape, and about three percent of American men—or one in thirty-three—have experienced an attempted or completed rape in their lifetime. Most victims first experienced sexual violence before age twenty-five. Statistics, however, only paint part of the picture, as most victims do not share or report these crimes to their family, friends, or the police. Read more →

Posted at 05:33 PM in All the Rage, American Society, Anne K. Ream, Biography and Memoir, Caged Eyes, Feminism, Gender, and Sexuality, Helen Benedict, Literature and the Arts, Lived Through This, Lynn Hall, Martin Moran, Now More Than Ever, On Being Raped, Politics and Current Events, Raymond Douglas, The Lonely Soldier | Permalink | Comments (0)

Martin Moran discusses the new audiobook of The Tricky Part and his latest play, All the Rage. Read more →

Posted at 02:24 PM in Biography and Memoir, Martin Moran, The Tricky Part | Permalink

Condemnation, Compassion, and the Complexity of Abuse

Condemnation, Compassion, and the Complexity of Abuse

Triggered by the coverage of molestation charges at Penn State and elsewhere, Martin Moran confronts his own memories of abuse. Read more → 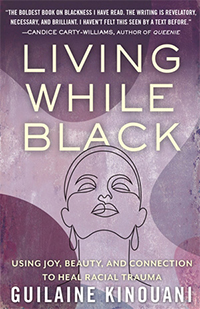 Now on Sale: Living While Black