Let's Get ID'd and Registered!: Ending Voter Suppression in Alabama

Let's Get ID'd and Registered!: Ending Voter Suppression in Alabama

Lamentations and cries that the Republicans were at it again trying to suppress the black vote arose when the Alabama Law Enforcement Agency announced on September 30th that because of budget cuts it would close thirty-one part-time-county-owned satellite drivers’ license offices. Eight of these were in counties where seventy-five percent of the registered voters are black. Many are in rural communities with high poverty rates and little or no public transportation. In addition to protesting, active and determined organizing to obtain the required voter identification for the unregistered might be a useful strategy in countering Alabama Republicans’ move. Read more →

Posted at 10:15 AM in Mary Frances Berry, Power in Words, Race and Ethnicity in America | Permalink | Comments (0)

The latest media hits and mentions for Beacon books and authors. Read more → 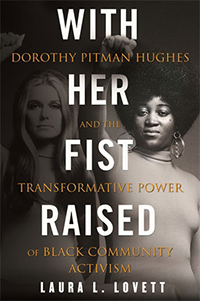 Now on Sale: With Her Fist Raised