Everything I Kept: Reflections of an “Anthropoeta”

Everything I Kept: Reflections of an “Anthropoeta”

By Ruth Behar | If I had to choose one aspect of my life that had the greatest impact on me as a thinker and a writer, it would be that I was born a Jew in Cuba. And after that, it would be that I came to the United States as an immigrant child, carrying this doubled sense of identity which would eventually be articulated in an American context in the English language, but always with a longing for the native Spanish that was spoken in my family. As a girl and a young woman growing up in New York, I struggled to find a way to give voice to the experience of being a Cuban immigrant, while always yearning to know the island that my family remembered nostalgically, but to which I was told we would never again return to live. Read more →

A Q&A with Jennifer Browdy: As a comparatist, I was struck by how the theme of resistance resonated among women writers from different countries and backgrounds in Latin America and the Caribbean, including US Chicanas and Latinx. I wanted to create an anthology that would spark conversations among these women (and among readers) about the issues that so many women face, in the hopes of creating new solidarities of resistance across all the artificial boundaries that too often divide us. Read more → 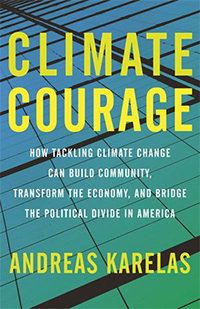